Change it up. Sometimes you see a new character come onto a wrestling show and it just does not fit. Maybe it isn’t the right move for someone or maybe there is someone else who would fit in better, but it just does not click. That can cause a variety of troubles, even if the wrestlers are talented enough to belong on the show. We might be seeing that take place again.

Back in August 2018, Steve Cutler, Wesley Blake and Jaxson Ryker came together as a new trio called the Forgotten Sons. The new group seemed to be built around their shared military background, as the three of them said that they would be forgotten no more. They reached the finals of the 2019 Dusty Rhodes Tag Team Classic but were defeated by Aleister Black and Ricochet. Without much more success in NXT, the trio was moved to SmackDown in April 2020 and looked primed to go after the Tag Team Titles, but then a tweet got them in trouble. Now things may have to change again.

According to Wrestlingnews.co, Blake and Cutler may return to WWE TV under a new gimmick. This comes after Ryker made a post on Twitter praising President Donald Trump during the recent protests over the death of George Floyd. The team has not appearance since then, with the locker room said to not be happy with Ryker. There is no word on when the team will be back on television or if they will be associated with Ryker.

You might not be seeing Ryker in the future. Check out the other two instead:

Opinion: This is some good news to hear as it was far from fair for Blake and Cutler to be punished for something they never did. As has been said, they may be a team on television but they are not the same person in every single way. You can argue if Ryker deserves this treatment or not, but it is clear that a lot of people are not happy with what he said. Good for Cutler and Blake though, as they shouldn’t be punished for someone’s actions.

What do you think of the trio? What new characters should Blake and Cutler use? Let us know in the comments below. 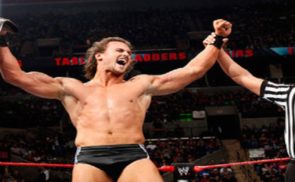