They are pretty cool. WWE has a weird history with tag team wrestling and it has not always been the best. The company has a tendency to put teams together for little reason other than to split them up, making it harder to get behind a team. The talent is there, but it is rare to see any kind of longevity. One team today certainly has it though and WWE is giving them a special look.

In honor of the Usos’ 36th birthday, WWE has released a video of the Usos’ Top Ten Coolest Moves. The video consists of various moves the team has used over the years, some of which did not take place during matches but rather in post match attacks. Some of the moves are signatures for the Usos and include their official names. The Usos are the reigning WWE Undisputed Tag Team Champions, having held the titles since Money In The Bank 2021.

They’re worth a look. Check out the look at one of the best teams in WWE history: 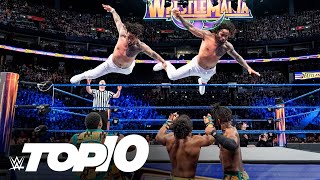 Opinion: The Usos have been the Tag Team Champions for a very long time now and that is going to start rubbing some people the wrong way, but they are there for a reason. The team is one of the best that WWE has ever seen and there is a reason that they can have a top ten video like this one. Whoever beats them is going to be seen as giant killers, as the Usos really are that great, which you don’t see very often.

What do you think of the Usos? What is the best moment of their careers? Let us know in the comments below. 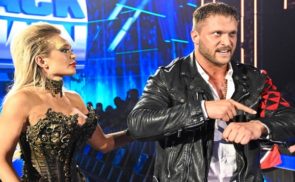 WATCH: Roman Reigns’ Awesome Moment With A Young Fan (This Is Great)