Not so fast. AEW has come a rather long way in just a few years and a lot of their success has been due to their weekly television shows. The company has been built around Dynamite, which airs for two hours every Wednesday night on TBS. That is quite the benefit for AEW, but recently there has been a rumor that things might not be going so well. It just might not be the case.

Over the last few days, a rumor has begun circulating online saying that AEW Dynamite would be cut down from two hours to one due to Warner Brothers Discovery being unhappy with the show. According to Dave Meltzer on Twitter, there is nothing to the rumor, as Dynamite is one of the highest rated shows on cable. This comes as AEW is also reportedly getting ready to launch a new television show of some kind.

I've been told untrue. It makes no sense. Why would you cut back on one of the highest rated shows on cable? https://t.co/uLLjKgmHVl

Opinion: This makes a bit more sense, as Dynamite might not be blowing away everything else but it is doing quite respectable numbers for prime time. The show draws around a million viewers a week and that is more than a lot of shows that TBS could present instead. If nothing else, it is nice to hear for AEW, as the company doesn’t have that much TV time in the first place. Losing an hour would be horrible and thankfully that doesn’t seem to be the case.

What do you think of Dynamite? How could it be made better? Let us know in the comments below.

One More Gone: Another WWE Executive Departs In Surprise Move 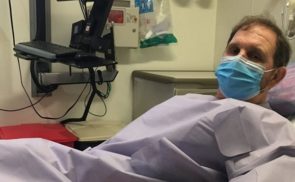