It might be time for a change. There are not many ways to make drastic changes to a wrestler. One of the better options is to switch someone from good to bad or vice versa, as it can open up a variety of new options for them. Some of these can be more successful than the others, but now we might have seen another big star make the jump over to the other side.

This weekend’s WWE Survivor Series event featured a Kickoff Show match between Damian Priest and Shinsuke Nakamura. During the match, Nakamura’s friend Rick Boogs kept playing his guitar, which annoyed Priest. Finally Priest had enough and broke the guitar, which he then used to hit Nakamura for the disqualification. This may have been a heel turn for Priest, who has been more aggressive in recent weeks.

This could go somewhere. Check out the match plus some more angry Priest: 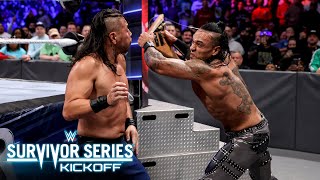 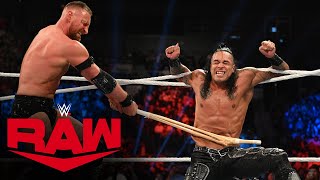 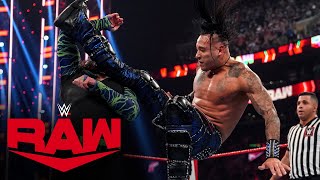 Opinion: I don’t know if this was a full on heel turn for Priest, but it was definitely a more aggressive side of him. That could work, but egads WWE has a lot of heels at the moment. Priest is someone who could work on either side, though I would like to see more of what he could do in the style he has been working. If nothing else, it would be nice to see WWE stick with something a bit longer for a change, but perhaps oh well.

What did you think of the match? How should Priest be presented going forward? Let us know in the comments below.