He’s on the market. There are all kinds of wrestlers in the world today and some of them are popping up all over the place. One of the fascinating things about modern wrestling is how many promotions you can see a wrestler work for in a short amount of time. Now that might be the case all over again, as a fairly big star, at least in the literal sense, as someone is on the free agent market.
According to Fightful Select, W. Morrissey, formerly known as Big Cass in WWE, is a free agent, as his Impact Wrestling contract has expired. Morrissey is negotiating with Impact Wrestling and hopes to receive a “big money” contract as he feels he has done well in the ring and backstage. While his contract has expires, Morrissey is still scheduled to face Matt Cardona this weekend at Turning Point.

Morrissey has done well in Impact Wrestling. Check out some of his time there:

Opinion: Morrissey has been quite good in Impact Wrestling, but I’m not sure about giving him a big money deal. He hasn’t even been with the company for eight months yet and that’s a major jump up to the next level. I can see wanting to keep him, but a big contract might be a bit more than they are comfortable with, and hopefully Morrissey accepts that if it is Impact Wrestling’s take.

What do you think of Morrissey? Where would you like to see him go? Let us know in the comments below. 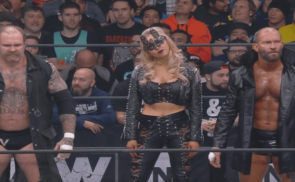