The latest shot. WWE vs. AEW has gone from non-existent to the biggest rivalry in wrestling today in just over a year. AEW has hit the ground running and become one of the biggest promotions in the world, partially because of several wrestlers who have come over from WWE are not happy about how things went over there. AEW likes to take some jabs at WWE and they did that again this weekend.

One of the biggest criticisms against WWE is the way their promos are presented. A majority of the promos in the company are written in advance with the wrestlers reciting them off of a script. This is not exactly well received and a lot of fans are not happy with the way they go. The same is true of several wrestlers, and one of them took a shot at WWE over it.

During the latest edition of Being The Elite, Eddie Kingston cut a promo on a cookie, saying eventually it will be just the two of them, causing everyone else to laugh. According to Wrestling Observer Radio, this was a shot at WWE’s Promo Class where the wrestlers are told to cut promos on various objects. This comes after Kingston was offered a position as an instructor at the WWE Performance Center after his match with Cody on Dynamite, which led to his job with AEW.

It was a sight to behold. Check out the promo (and more), which started at the beginning of the episode:

Opinion: I’m split on this one as I’m not big on the shots at WWE most of the time, but also the system of teaching wrestlers to cut promos on various things and then having them read scripted promos makes absolutely no sense. It’s like WWE is preparing the wrestlers for something and then doing something else entirely, which does not exactly seem like the most logical way to go. I get taking the shots, but save them for moments like this one.

What did you think of the shot? Did Kingston make the right call? Let us know in the comments below.

Surprise AEW Name In Line For A Push 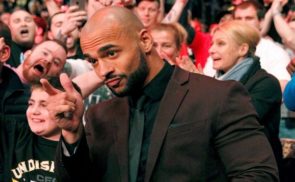