No longer a mystery. The WWE roster seems to change every day as there are several new names, often coming up from NXT, arriving on the main rosters on a fairly frequent basis. At the same time though, there are also a lot of names who have been around for a long time and continue to be there. That will be the case with one legend, who is going to be sticking around for the time being.

Over the last few months, Rey Mysterio has been involved in a rather violent feud with Seth Rollins. Mysterio has not taken kindly to Rollins wanting to be the greater good, which has resulted in Rollins attacking Mysterio’s eye twice. These attacks have been used to write Mysterio off of television in case he did not sign a new deal, but that has since been taken care of.

According to the Wrestling Observer Newsletter, Mysterio has signed a new deal with WWE and will be remaining with the company. The new deal is for three years, which will keep Mysterio with the company until 2023, when he will be 48 years old. Mysterio is currently scheduled to be in his son Dominic’s corner at Summerslam for his debut match against Rollins.

Mysterio has been a star for a long time. Check out some of his career highlights:

Opinion: This is the best move for everyone involved as Mysterio is an absolute legend and deserves to spend the end of his career in WWE. He has left the fold before and done well elsewhere, but there have only been a few times where has felt like the same kind of a star. Let him go out on the big stage where he could have a big farewell match when he is ready to go.

What do you think of Mysterio re-signing? What do you want to see him do next? Let us know in the comments below. 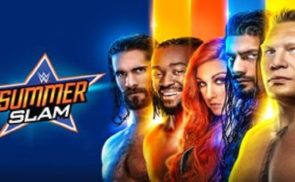 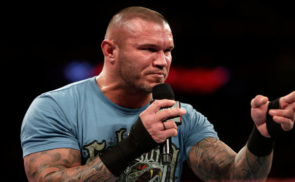 WWE Promos Are Not As Scripted As They Once Were