If the product works, go with it. Talking Smack was a hit for the WWE a few years ago, when it aired after Smackdown on the WWE Network. Superstars would join Renee Young and Daniel Bryan to discuss the various angles that took place on the show, and perhaps continue storylines that aired on television.

Tonight on Smackdown, it was announced that Talking Smack will be making its return to WWE programming, with the first episode airing Saturday morning, August 22 on the free version of the WWE Network.

Check out the most famous moment in the history of the show:

Return of the Smack.

Beginning tomorrow morning, WWE Talking Smack will be back in the lives of the WWE Universe and available to stream anytime on the Free Version of WWE Network.

Join hosts Kayla Braxton and Xavier Woods as they welcome your favorite Superstars and react to what promises to be an exciting episode of Friday Night SmackDown as it makes its debut inside the WWE ThunderDome just two days before SummerSlam.

Outstanding! I never understood why this show was taken off of the air in the first place, as it was a great way to continue storylines and give people another reason to tune into the Network. With the recent return of Raw Talk following Raw, it makes complete sense to bring this show back as well and I look forward to seeing what the new duo can do. Seeing Xavier Woods back on my television screen is always a plus as well! 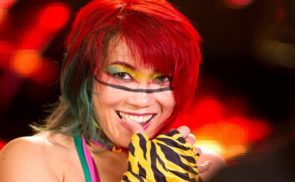