What could have been. The Coronavirus pandemic has changed the way the wrestling world works and that might be the case for a good while to come. Wrestling companies are doing what they can to bring their products back to what they were before but not even WWE can make that work at the same level. A lot of changes have had to be made and now we know one more of them.

The Monday Night Raw tag team scene had been up and down for a long time until the Street Profits won the Tag Team Titles back in March. The division had been shaky for a long time before though and some of the problem was due to a lack of consistent teams. One formerly successful team was ready to be brought back in a big way but then the Coronavirus changed things. We now know what the original plan was going to be.

Paul Ellering was a guest on the Two Man Power Trip of Wrestling Podcast and revealed that WWE was going to bring him back in to be the manager of AOP. However, the Coronavirus caused the plan to be put on hold, along with Rezar tearing his bicep in March to put him on the shelf. Ellering had managed the team in NXT, guiding them to the NXT Tag Team Titles. The AOP then dumped him as their manager upon debuting on the main roster, replacing him with Drake Maverick.

They were a heck of a team. Check out the trio’s time together:

Opinion: I could have gone for this idea as Ellering is a great talker, though I’m not sure how long he would want to be on the road with the team. The team isn’t going to be able to handle the promos on their own so bringing in someone like Ellering could do them a world of good. It certainly worked before, so it’s not like you need to prove that they can be successful.

Do you like the pairing? Should Ellering be brought in again? Let us know in the comments below. 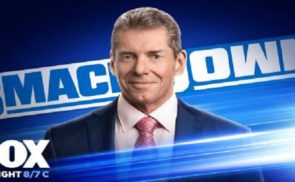