History has been made! Titles are one of the most important parts of a wrestling show as they are such a simple idea. Above all else, they show you who the best wrestlers on the roster are because they have a big shiny belt. That alone is something that can make you understand the story in a hurry, while also allowing for big moments when the titles change hands. That was the case this week.

One of the biggest stories on SmackDown over the last few months has been the redemption of Jeff Hardy. After several legal issues involving alcohol and injuries, Hardy is back and cleaned up for the first time in a good while. He has been climbing the ladder in WWE all over again and this time around, he even got a title shot out of it. I think you know where this is going.

This week on SmackDown, Hardy defeated AJ Styles to win the Intercontinental Title for the fifth time in his career. The match came after Styles had attacked Hardy’s knee earlier in the night, resulting in it being put in a knee brace. Hardy hit Styles in the face with the brace during the match, allowing him to win the title. This is Hardy’s first title reign since 2007.

He has been here before. Check out some of Hardy’s past times around the title:

Opinion: I’m not entirely wild on WWE exploiting Hardy’s issues for a storyline but this was a nice way to pay it off. Hardy winning the title was a great moment and something I could get behind. He hasn’t had any major singles success in WWE in over ten years now and winning the title was a cool moment. I’m not sure where this is going for him but at least he got to have a special thing like this at least once.

What did you think of the match? How long will Hardy hold the title? Let us know in the comments below. 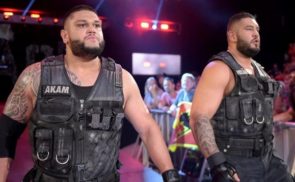 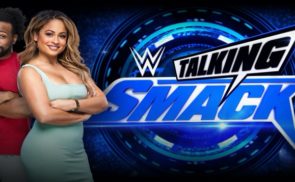