The international expansion. Whether you like them or not, WWE is the biggest and most dominant wrestling company in the world. They have no serious rivals in the industry and no one is going to be touching them for a long time to come. There is still a need for expansion though and that means they need to go to new places, which means WWE is trying for a new market.

While the main WWE rosters mainly stay in America, they do go elsewhere on occasion, with NXT UK being their best example. That allows WWE to go into other markets and get their footholds there, which can open paths for several other wrestlers into the WWE. It also keeps them away from other wrestling companies, and that may be what WWE is doing in a completely different place.

The Performance Center is a sight to behold. Check out a look inside:

Opinion: I’m not sure what to expect but this could turn into something interesting either way. I wasn’t wild on the idea of NXT UK having a television show but it wound up being an entertaining show, which is all you can ask for out of something like this. Japan is a different world in wrestling though and I’m not sure how that is going to go for them. It’s worth a shot though and if it works, WWE has their hold on another part of the world.

Do you like this idea? Who should WWE try to sign? Let us know in the comments below. 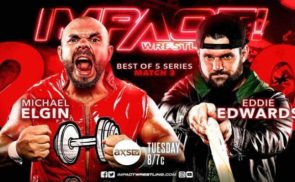 They Didn’t Make The List: Several Legends And Big Names Not Expected To Wrestle At WrestleMania 36