Welcome Home: WWE Announces A Pair Of Legends For This Week’s SmackDown

You can look. We are in the middle of the busiest time of the year for WWE as not only are we coming up on Super ShowDown and Elimination Chamber, but a little thing called WrestleMania 36. That is something wrestling fans look forward to all year and WWE has made a weekend out of it, including the Hall of Fame ceremony. While a few names have yet to be announced, two rumored names will be available soon.

There have been a lot of legends in wrestling over the years and some of them are more controversial than others. Sometimes you find a name who some fans are just not going to like and there is no way around it. At the same time, some people may be huge fans of the same people and nothing will change their minds. Two of those people will be on SmackDown this coming week.

WWE.com has announced that the Bella Twins will be appearing on this week’s SmackDown as guests on A Moment of Bliss. This comes as the two have been rumored to be part of the 2020 WWE Hall of Fame class. At the moment, there is no word on what they are on the show to promote. The Bella Twins have made sporadic appearances since mainly retiring from wrestling and both are currently pregnant.

I think you know the two of them. Check out some of the Bellas’ most recent work:

Opinion: I know the Bellas possibly being inducted into the Hall of Fame is not going to sit well with some people and that’s understandable. They were very successful in WWE though and I get why WWE would put them in. The fact that Total Bellas is returning soon after WrestleMania makes it all the more logical. There is a good chance we get an announcement on Friday and that’s fine enough.

Did you like the Bellas? Who will induct them if they are announced for the Hall of Fame? Let us know in the comments below. 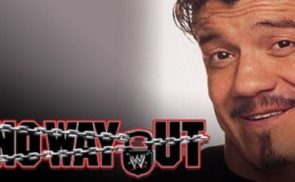