It’s the fallout show from Summerslam and the go home show for Payback, meaning that we have a lot to cover in one single night. That could mean for a pretty busy evening, including the three way contract signing between the Fiend, Roman Reigns and Braun Strowman. let’s get to it.

Agent Adam Pearce is in the back and talks to security about how they need to work together tonight because this is going to be tricky. Pearce goes into Vince McMahon’s office and, after being turned down for a handshake, fist bump and elbow bump, is told he has to get all three people to sign the contract. Vince even gives him a special uniform to wear, though we don’t see what it is.

Here’s new Intercontinental Champion Jeff Hardy but AJ Styles cuts him off in a hurry. AJ calls Jeff out for cheating last week and talks about the doctor clearing Jeff last week. That same doctor won’t let AJ wrestle tonight, which Jeff says is a shame because it was Open Challenge time….to anyone but Styles. AJ goes after him and gets punched down as we take a break.

Hardy is defending and Styles is on commentary, still ranting about last week. Nakamura starts on the arm but Jeff starts hammering away on the arm as well. An atomic drop into a Hennig necksnap gets two but Nakamura starts going after the knee. We cut to an inset interview with Cesaro, who says he stepped away for a second and Nakamura ran in to get the title shot. That makes him more impulsive, not more ambitious. Cesaro sounds bitter, as they can’t possibly be already teasing a breakup angle.

Back to full screen with Nakamura staying on the knee, which AJ describes as poetry in motion. Nakamura kicks at the chest, which Cole says could lead to Nakamura’s first Intercontinental Title. Hardy gets in a few shots and throws Nakamura outside, plus into Styles, as we take a break.

Back with Jeff hitting the legdrop between the legs and the Whisper in the Wind connects. Hardy comes up favoring his knee though and Nakamura hits the sliding German suplex. Kinshasa is cut off by the Twist of Fate, with Styles ranting about Jeff using the knee brace. The Swanton retains the title at 13:01.

Post match Hardy limps up to the stage….and here’s Sami Zayn for the first time since Wrestlemania, complete with his own Intercontinental Title. Zayn talks about how he’s the real champion and an AJ distraction lets Zayn kick Hardy in the face.

Post break Sami is in the back, where Kayla Braxton asks why he jumped Hardy. Sami talks about how he has been gone for months and has seen Hardy and Styles running around with his title. He is from Montreal and, switching to French, talks about how he is a true intercontinental man.

It’s time for the Firefly Fun House with Bray being glad to be back here with all of his friends. Bray thinks something is missing and thinks of a variety of evil things, before holding up the Universal Title. Neither of those nasty monsters can take it away this time either. We get serious for a second, with Bray saying it has been a long time since he has seen Roman. The doorbell rings and it’s Adam Pearce dressed as a mailman. Postman Pearce needs the contract signed for Payback and Bray agrees, knowing that it means signing some death warrants. Bray signs and Pearce leaves, with Bray saying let him in.

Here’s Matt Riddle for a chat. He recaps the King’s Ransom idea and thinks Corbin is just hiding from him. Why not come out here and do something about it right now? Post break Riddle is still in the ring and here’s Corbin to answer the challenge. He accepts the challenge….on behalf of Shorty G., who jumps Riddle from behind to start in a hurry.

Gable starts fast with a tiger suplex for two but Riddle flips out of Chaos Theory. A knee to the face and the Bro Derek finishes Gable at 1:28.

Post match Corbin jumps Riddle and the brawl is on with Corbin bailing outside in a hurry.

We look at Miz and Big E. arguing about Big E.’s singles run on Talking Smack.

Heavy Machinery and Big E. now have a Money in the Bank lunchbox with sausage inside. Bayley and Sasha Banks come in to say that looks like some men playing with their meat. Bayley says some people can only handle a Tag Team Title, which doesn’t sit well with Banks.

Adam Pearce can’t get an answer from Roman Reigns.

Here are Sasha Banks and Bayley for a chat. Bayley talks about how rough of a week this has been for them because of all their title defenses….but they’re amazing so it’s not something to worry about. Bayley slips up and mentions that Sasha lost her title on Sunday, which was just a mistake. Banks isn’t happy but Bayley takes responsibility for it, as she shouldn’t have let the whole thing get started. As her best friend, she should have remembered that Banks can never successfully defend a Raw title.

Noting Banks’ cow style pants, Bayley says we have to moooove on, meaning they can’t lose on Sunday. Banks agrees, and says they are still best friends, but here are Nia Jax and Shayna Baszler to interrupt. The week is about to get even worse and even though they can’t stand each other, it’s worth putting up with her to beat up Banks and Bayley. The champs are being held down by one loss and they’re leaving as Tag Team Champions on Sunday.

Pearce still can’t find Reigns or Strowman, with Drew Gulak wanting to find Strowman as well. Gulak sees Strowman and hits him in the back with a chair, which Braun doesn’t seem to notice. Gulak throws the chair to Pearce, who has to calm Braun down in a hurry. The only way he’s signing is if Strowman can get Gulak in the ring right now.

Cesaro says Nakamura needs to be in his corner tonight when Sami Zayn comes up to sing Reunited And It Feels So Good. Nakamura isn’t pleased with Zayn for not even calling over the last four months and Cesaro points out that they have won the Tag Team Titles with Zayn being gone. Zayn says it was all part of the plan and puts his title next to theirs, but Cesaro says they were in mid-conversation. It was a private conversation and they would like to finish it. Zayn takes the hint and leaves, though he doesn’t seem happy.

Strowman is in street clothes. There’s the beal across the ring and a running splash in the corner, followed by another splash to Gulak’s back. A backsplash sets up some forearms to the chest and the running powerslam finishes at 2:37.

The Lucha House Party isn’t cool with each other as Kalisto asks Lince Dorado to stay back here and watch how it’s done. Kalisto leaves and Cesaro and Nakamura run over Dorado and Gran Metalik.

Kalisto is alone while Cesaro has Nakamura with him. An early headscissors staggers Cesaro but he catches a springboard with a tilt-a-whirl backbreaker for one. Cesaro cuts off a comeback attempt and hits a jumping elbow for two. A dropkick to the knee and a pop up DDT from Cesaro’s shoulders give Kalisto two. Cesaro is sent face first into the bottom buckle but Nakamura gets on the apron. Cue Lucha House Party to take care of him but Cesaro rolls Kalisto up for the pin at 3:18.

Post match the House Party is ready to come to blows but Kalisto hugs both of them.

Pearce goes in to see Vince, telling him that he has 2/3 signatures. Vince wants the third, and says Pearce needs to knock Reigns’ door down.

Nikki Cross is holding a coffee mug, which was the first gift that Alexa Bliss ever gave her. Tamina tells her it’s ok but here’s Bliss, with her hair up differently. She is ready to change it up even more but Nikki thinks it would look like the Fiend. Bliss freaks out and slams the mug down to smash it to pieces.

Miz, Morrison and Sheamus have a plan for their six man: don’t let the their opponents in the ring. Sheamus doesn’t like it and says just follow his lead.

Pearce goes to see Reigns, who wants to read the contract first.

Otis knocks Morrison out of the corner to start and hits a corner splash to bring in Big E. and Tucker. The triple gyrating sets up a running shoulder to Morrison in the corner to give Tucker two. Everything breaks down and Tucker hits a dropkick to Sheamus on the floor, followed by a big boot to Miz. Back in and Tucker runs Morrison over for two….with Sheamus ringing the bell.

We take a break and come back with Tucker fighting out of a chinlock but getting cut off from a tag attempt. The referee won’t let Sheamus come in as he didn’t see a tag though, meaning Morrison is back in to miss the Moonlight Drive. Tucker sends Morrison into Sheamus to knock him off the apron, sending Sheamus into a big rant. Sheamus walks out and it’s off to Big E. to clean house with the belly to belly suplexes.

There’s the Warrior Splash for two but Miz snaps Big E.’s throat across the top. The Rock Bottom out of the corner hits Miz but Morrison cuts Big E. off. Otis comes back in for the double Caterpillar, which only hits Morrison. Miz grabs the Skull Crushing Finale on Otis, only to walk into the Big Ending to give Big E. the pin at 12:02.

Reigns won’t sign but promises to be at Payback to win the title back. And that’s a spoiler…..as Paul Heyman is next to him. 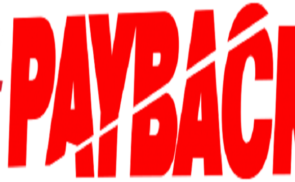