It’s an emotional moment. There are a lot of people who work together to make the WWE work as well as it does. While some of them are a lot more prominent than others, there are some people who can do all kinds of jobs at the drop of a hat. Those are the kinds of people that can be incredibly valuable to WWE and they are losing one this week. There is still time for a goodbye though and it was certainly an emotional one.

On Sunday at Summerslam, Renee Young confirmed that she was leaving WWE after the show. This came after an eight year run with the company that has seen her do just about everything there is to do outside of the ring. As a result, there are a lot of memories from Young’s time with the company and several of the people still with WWE got to say goodbye on Thursday.

During this week’s edition of the Bump, a number of WWE wrestlers and personalities were featured in a video to say goodbye to Young. During the video, Young was shown in an inset video and was moved to tears by the tribute. Names such as the Miz, Bayley, Big E., the IIconics, Corey Graves, Kevin Owens and more are included. It is not clear what Young will be doing next.

It was a moving tribute. Check out what was said about Young as she watched:

Opinion: Young really is a special kind of talent and it would not shock me to see her head over to ESPN or FOX Sports and make a lot of money while the network gets an incredible on-camera personality. She is going to wind up somewhere and that is the kind of thing that you don’t see very often. She is going to be missed in WWE because you can’t just replace her. I’ll miss her too, but hopefully she gets to do something great in the future.

What do you think Young will do next? Where was she best suited in WWE? Let us know in the comments below. 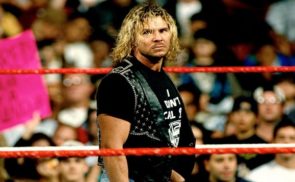