We’ll wrap up the year here with a Smackdown that not a lot of people are going to watch because most people aren’t at home from 8-10pm on New Year’s Eve. The big story coming out of Monday continues to be Vince vs. Roman with Reigns defending his WWE World Title against Sheamus this coming Monday. Therefore, I think you know what to expect here tonight. Let’s get to it.

We open with a long and detailed recap of Monday’s events with Vince being arrested, the League of Nations costing John Cena the US Title and Vince returning to announce next Monday’s World Title match.

Here’s a festive New Day to open things up. It’s always a new day but tomorrow is New Year’s Day. Therefore their new year’s resolution is……nothing, as they’re already perfect. On top of that, they’re not the ones who didn’t vote for New Day for Tag Team of the Year. Instead, they have a list of resolutions for the fans. First up, everyone needs to wear glasses and hearing aids so they can see and hear all this greatness. Second, everyone is required to keep a New Day journal. Finally, every day, make sure to proclaim that NEW DAY ROCKS!

This brings out the Lucha Dragons who say the Slammys are for the people. The Dragons want a match right here and right now but Cara’s arm is in a sling. Therefore, they have some backup for Kalisto.

We start this up after a break, which included Ryback’s new year’s resolution (give more to local charities and get more involved). Woods and D-Von get things going with Xavier being thrown into the corner like he’s nothing. Off to a fired up Bubba to crank on the arm and mess with Woods’ hair. For some reason Booker equates this to a Jedi mind trick as Big E. comes in to run Bubba over.

Kofi tries to charge at Bubba in the corner but gets a little Flip Flop and Fly. That means it’s time for Kalisto to play D-Von on What’s Up, only to have Big E. take him to the floor for a beating. It’s the Unicorn Stampede with Woods accompanying on trombone, followed by a big clothesline from Big E. to take us to a break.

Back with Woods putting Kalisto in a chinlock and Big E. getting two off a Warrior Splash. Kalisto avoids a charge though and makes the hot tag to Bubba as house is cleaned. The reverse 3D drops Woods like that ball in Times Square.  Kalisto DDTs Woods and a springboard Salida Del Sol puts Kofi away at 12:41.

We look at John Cena’s week, including hosting the Today Show and receiving a charity award.

Goldust snaps off some armdrags to start as Booker reminisces about their partnership. Breeze stops a charge in the corner by raising a boot and it’s time to start on Goldust’s arm. A quick spinebuster gets Goldust out of trouble and the snap powerslam gets two. Tyler slams the arm into the post though and a rollup with feet on the ropes pins Goldust at 3:25.

Result: Tyler Breeze b. Goldust – Rollup with feet on the ropes (3:25)

Post match Summer and Tyler announce that they’re splitting up for New Year’s, though it seems amicable. That’s good for Breeze as Summer is kind of the kiss of death for anyone she’s paired with. We do however get one last gorgeous picture for the road.

Bo Dallas finds Curtis Axel and talks about how bad Axel’s 2015 has been. Axel says he’s going to win the Royal Rumble so he won’t be eliminated two years straight. Dallas keeps walking and signs some random blonde’s hand. A little more walking finds Dolph Ziggler, who tells Bo to stop dressing like the New Year’s Baby. This sets up a match for later, complete with Ziggler doing a Dallas impression.

Harper/Strowman here with only Rowan accompanying. Jey gets punched in the face to start but comes back with an uppercut to Harper. Jimmy comes in, only to have a run across the ring stopped by a Braun stare. It’s off to Strowman who chokes Jimmy in the corner and throws him around with ease. Harper’s catapult into the bottom rope gets two and it’s off to a leg lock of all things.

Back to Strowman for a choke with his knee before we hit the nerve hold. It’s back to Harper for a chinlock until Jimmy finally gets in an enziguri. Strowman breaks up the tag but charges into the post, allowing the hot tag to Jey. A quick Umaga attack gets two on Harper and two superkicks stagger Strowman, only to have the standing choke knock Jey out at 6:28.

Ziggler gets two off an early rollup but Bo hits a quick clothesline, requiring a lap around the ring. Back in and Dolph misses a Stinger splash so we hit a chinlock. An elbow to the face gets two for Bo and we’re right back to the chinlockery. Bo stops to pose and takes another lap, only to eat a superkick to give Dolph the pin at 4:23.

New Day’s new year’s resolution is to make sure that the patriarch becomes World Champion. I’m not sure who they mean there.

Here’s the same long recap that opened the show.

Reigns and Sheamus get things going as the announcers talk about Vince being arrested on Monday. Sheamus uppercuts Roman around and elbows out of a Samoan drop. A clothesline puts Sheamus on the floor and Dean takes him down with a suicide dive. It’s off to Owens to pound on Dean but Dirty Deeds is broken up and Owens bails to the floor, only to have Dean send him into the announcers’ table. Owens drives Dean back first into the apron and we take a break.

Back with Kevin stomping on Dean’s ribs and we hit the chinlock. Sheamus comes back in for some clubbing forearms (yes I said clubbing forearms) and a reverse chinlock. Sheamus does the forearms to the chest but alternates some forearms to the back in a new twist. It’s back to Owens but Dean hits a quick rebound lariat, setting up the hot tag to Reigns. Roman starts cleaning house with the clotheslines and a Samoan drop but Owens breaks up the Superman punch. The second attempt connects with Sheamus’ jaw but this time Owens crotches Reigns against the post for the DQ at 11:14.

Result: Roman Reigns/Dean Ambrose b. Kevin Owens/Sheamua via DQ when Owens pulled Reigns into the post (11:14)

Sheamus and Owens load up the announcers’ table but Reigns punches and spears his way out so the good guys can stand tall to end the year. 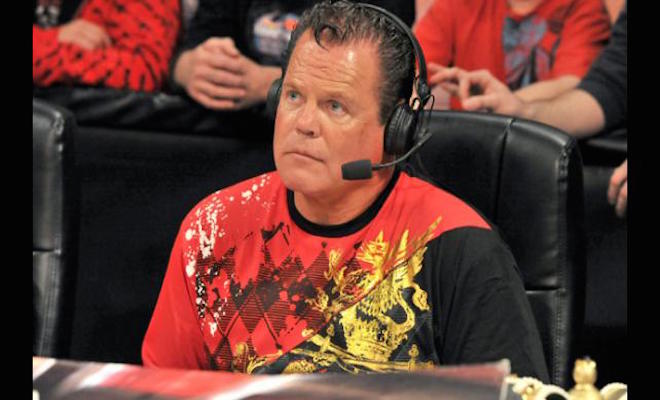 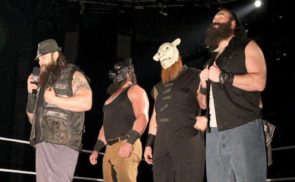