This is the first half of the Best of 2015, meaning there’s no new material save for match introductions. It’s been a good year for NXT and the next two weeks are going to be a good look back at all the good things that have gone on. You can probably expect a solid mixture of Takeover and regular TV on here so let’s get to it.

We open with a look back at Kevin Owens’ debut. Sami Zayn nearly cried watching it, which takes us to Sami Zayn winning the NXT Title, even though that happened in December 2014. The show ended with Owens powerbombing Zayn onto the apron and leaving him laying.

We get the tracking shots of both guys coming to the ring. After the big match intros, they stare each other down as the fans are mostly behind the champ. Owens bails to the floor to get inside Sami’s head and we’re in full on Zbyszko mode. Sami finally just dives over the top to take Owens down before throwing him inside for a beating. A hot shot breaks up Sami’s momentum and the pro-dirty traitors strike up the FIGHT OWENS FIGHT chants.

Owens rips the skin off Sami’s chest with a chop and Sami quickly loses a slugout. We hit the chinlock on the champ to get a breather before Kevin just grinds his forearm into Sami’s jaw. Sami tries to fight up but gets dropped ribs first over the top rope for two. Back to the chinlock which makes sense as Kevin has been trying to grind Sami down. A hard belly to back suplex gets two and they head outside so Sami can be rammed into the apron.

The fans have switched up to KILL OWENS KILL as he takes the champ back inside to yell in his face. Owens also puts fists to his face before a gutbuster gets two. Sami jawbreaks out of the third chinlock as the announcers bring up Lesnar vs. Cena from Summerslam. That’s not the longest stretch in the world. Sami fights back with some clotheslines, including a big one to send Kevin to the floor.

Now it’s Owens going into the steps and getting his head taken off with a clothesline. Back in and Sami hits the Blue Thunder Bomb for two but the Helluva Kick is countered with a huge superkick. There’s the Cannonball for two and the pumphandle driver onto the knee gets an even closer near fall. The popup powerbomb is countered with a dropkick and the Half and Half suplex gets two for the champ.

Kevin snaps the throat over the top rope but gets caught on the same rope, only to knock Sami down. He spits at the champ but his Swanton Bomb hits knees. The Exploder Suplex into the corner looks to set up the Helluva Kick but Owens bails to the floor. Owens can’t hit the apron powerbomb so Sami hits the bouncing moonsault, only to have both guys bang their heads on the ramp. Sami can barely stand and staggers on the attempt at the Helluva Kick, allowing Owens to hit the popup powerbomb for an even closer two.

Owens just unloads with right hands to the head and the champ’s eyes are glazed over. He pounds away in the ropes and keeps getting dragged away by the referee. The trainer comes out to check on Sami but Owens powerbombs Sami again. A second powerbomb has Sami out cold but he slowly rolls his shoulder up to keep this going. The trainer gets in the ring now, earning Zayn two more powerbombs. Kevin loads up a fifth in a row and the referee finally pulls him off to stop the match at 23:12, giving Owens the title.

We take a quick look at Hideo Itami.

We look at the end of Finn Balor defeating Tyler Breeze to become #1 contender at Takeover: Unstoppable.

NXT went on the road for the first time this year, including a tour of Ohio. We see the ending of a never before seen match from Columbus with Cesaro vs. Neville which will be available in full on the Best of NXT DVD. Cesaro broke up the Red Arrow and got the win off a Neutralizer out of the corner.

On to the women’s division with a look at the Four Horsewomen, including the last five minutes of Bayley vs. Sasha Banks in the Ironman match at Takeover: Respect.

Now we look at some of the new names debuting for NXT, including Samoa Joe, who challenged Baron Corbin at Takeover: Brooklyn.

The announcers think Joe is going to kill him. Joe has the Clutch on in less than a minute but Baron makes it to the floor. Back in and an enziguri in the corner puts Corbin right back on the floor, only to have him blast Joe in the face to stop a suicide dive. Joe kicks him in the face though and does his rotating submissions spot until Corbin puts his foot on the ropes.

Baron grabs a heel hook but Joe makes the rope a few seconds later. Something like a Boss Man Slam gets two on Joe so Corbin superkicks him. That earns Baron a second enziguri though and both guys are down. Back up and they slug it out with Joe taking over. Corbin locks the Muscle Buster before hitting kind of a loose Jackhammer for two. The End of Days is broken up so Corbin lifts him up into a choke spinebuster. Joe flips the cover into the Koquina Clutch though and Corbin is out at 10:24.

We look at Sami Zayn answering John Cena’s US Open Challenge and coming this close to taking the title.

This led to Kevin Owens answering the Challenge but wanting to fight Cena on pay per view in a non-title match. From Elimination Chamber 2015.

Owens is very fired up to be in there and actually doesn’t drop to the floor at the bell as is his custom in NXT. A quick shoulder puts Owens down but he takes Cena into the corner and puts a boot in his face. Cena gets punched to the apron so Kevin can rip at his face.

The fans chant for NXT and we hit the chinlock. Cena powers up into an AA attempt but Owens calmly escapes and hits a DDT for two. Owens opts to just punch Cena in the face for a bit before a backsplash connects for two more. Back up and Kevin tries a swinging Rock Bottom but Cena counters into a crucifix, only to have Owens slam him down in a kind of Samoan drop for another near fall. The Cannonball gets the same and Owens says it’s time for Johnny boy to give up.

The pop up powerbomb is countered with a leapfrog and Cena initiates his finishing sequence. Cena loads up the AA but gets countered into the pop up powerbomb for a close two, stunning Owens. Kevin gets crotches on top but headbutts Cena down, only to miss a moonsault. The AA gets two and both guys are down. Owens nails a superkick and tries his own Five Knuckle Shuffle but Cena pulls him down into the STF.

Cena tries to pull him back to the middle but Owens kicks him away and hits an AA of his own for another near fall. Both guys are down again and it’s Cena up first for the two off the top rope Fameasser. Back up again and Owens loads up the package piledriver (his pre-WWE finisher) but slams Cena to the side instead of dropping him on his head.

Kevin starts talking more trash before winning a slugout, only to get caught in the springboard Stunner for two. Frustration is setting in so Cena takes him up top for a superplex, only to have Owens counter into a spinning superplex of his own for two. Owens runs to the top for a Swanton for two more and now Kevin is frustrated. Cena nails that big running clothesline and Owens is rocked. John goes for another but walks into the pop up powerbomb for the completely clean pin at 20:03.

Graves throws away Brennan’s Christmas present to end the show. 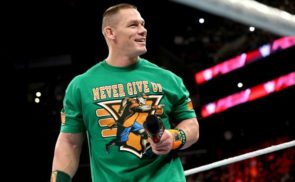 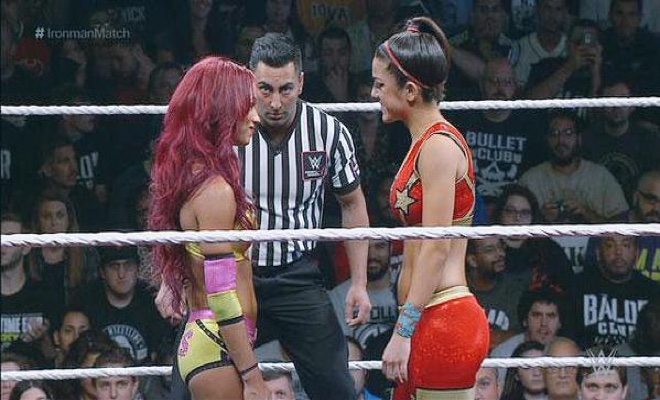