We’ll wrap up the year with John Cena making his return after a few months off to film a reality show. Tonight Cena is facing Alberto Del Rio in what sounds like a non-title match, meaning we’re likely to see another champion lose again. It should be interesting to see if Cena is going to have a mini feud with the League of Nations or if it’s just going to be a one off match. Let’s get to it.

Here’s Vince McMahon to open things up. He’s here to settle a score with Roman Reigns so here’s the champ in a hurry. After seeing clips of what Roman put Stephanie through last week, Vince yells at Roman for embarrassing his family last week. Nobody turns their back on a McMahon and embarrasses them, including Roman Reigns.

Roman can’t just say everything to anyone he wants because this is Vince’s ring and Vince’s company. Reigns says Vince is just a crazy rich guy. Vince: “I’m a freaking billionaire. There’s a difference.” The champ says Vince doesn’t own this title because it belongs to him and his supporters. Vince doesn’t think Reigns is going to be champion that long and here’s a DANIEL BRYAN chant, only to have Vince tell them to shut up.

Now it’s CM Punk as Reign asks if he’s going to be in a handicap match or a gauntlet match. Vince brings up the Wild Samoans and making Afa wrestle every night to ruin him while making a fortune. As for Roman’s dad Sika, Vince used him up and paid him peanuts for all the work. Roman shoves him down and Vince holds his neck, demanding someone help. This brings out a concerned Stephanie, flanked by security!

She tells the security guards to arrest Reigns but they say no because they’re not her personal police. If Stephanie doesn’t step back, she’s going to jail instead. That means a YES chant but Vince is back up. Vince tries to calm the cops down but winds up grabbing one by the shoulders, earning Vince an arresting. The cop reads him his rights as Stephanie goes on about how they can’t do this. Reigns is just kind of there on the side as all this is happening.

During the break, Stephanie yelled at the cops a lot more.

Neville kicks him down and almost immediately loads up the Red Arrow. That goes nowhere so Neville rolls him up for the pin at 24 seconds.

Post break Neville is still being helped out. Owens runs back down and takes Neville’s head off with a clothesline. He loads up the powerbomb on the floor but Ambrose runs out for the save.

Rock will be at Wrestlemania XXXII.

Becky Lynch talks about moving to New York City with no money and getting a chance to fight in Brooklyn tonight.

Before the match, Sasha says the real best town in the world is of course Boston. Naomi gets in a few jabs at Brooklyn as well but Tamina doesn’t get to say anything. Becky chases her to the floor to start before grabbing an armbar to slow things down. Sasha runs the corner for an armdrag but Becky starts going after the knee. A reverse figure four has Sasha in trouble but Tamina pulls her to the ropes.

Becky gets tired of the numbers game and baseball slides Tamina down, setting up a huge top rope dive to take all of them out. We come back from a break with Becky cranking on an armbar, only to get caught in the corner for the knees to the back. Sasha puts her foot in Becky’s back and pulls on the arms but stops for UNITY! The fans think this is boring as Sasha stays on the back with a legdrop.

Back up and Sasha botches something that looked like a headscissors, only to send her into a 619 position. Becky avoids a charge though and sends Sasha into Naomi and Tamina. Sasha doesn’t seem to mind as she tries the Bank Statement but can’t flip Becky over. An exploder suplex into the corner gets two and the fans are wanting this to end. Cue Tamina to try to get in, allowing Naomi to kick Becky in the head, setting up the Bank Statement, only to have Becky reverse into the Disarm-Her. Sasha rolls through as well though and grabs the trunks for the pin at 15:39.

Vince has been booked and we have a goofy mugshot.

Renee Young is outside the police precinct and has little to report.

This is the birthplace of the trombone so it’s time for some songs! Actually no because Francesca (the trombone) reminds Woods that these fans didn’t vote for New Day as Tag Team of the Year. Kofi goes on a rant about how New Day will come over and fight kids who don’t listen to their children. This causes Big E. to roll around laughing so Woods shouts “HE’S ROFLING!”

Cole thinks this might be a high flying match. Just a hunch of course. Kofi grabs a wristlock to start but Kalisto flips him into the corner and springboards up into the corner for a wristdrag. A headscissors takes Kofi down again and there’s the corkscrew cross body into the hurricanrana driver. No count though as Kalisto has to dropkick Kofi into Woods and Big E. Cara takes them both down, allowing Kalisto to grab a hurricanrana for the pin at 2:48.

Joined in progress with Cara getting out of the abdominal stretch but taking a hard backdrop. A moonsault is caught in mid air, only to have Cara send him out to the floor. Big E. pulls him off the apron for a huge crash, meaning it’s time for some sweet Francesca. The referee comes over and brings in the doctor to check on Cara but the match continues.

Big E. asks about the shoulder and runs Cara over to make sure it’s ok. We hit another abdominal stretch for a bit before Big E. charges into the post. A cross body staggers E. and a standing moonsault gets two. Cara actually gets him into the corner for a rolling senton but Woods comes in for a distraction, allowing the Big Ending to put Cara away at 5:20.

Here’s Miz for his year in review. We’ll start on January 1 with his New Year’s Resolution but here’s Ryback to interrupt. He’s had his fill of MizTV but here’s Goldust to interrupt as well. He doesn’t think Miz is going to win a SAG Award or an Oscar or a Golden Globe but before he can go anywhere with that, here’s Zack Ryder to a ROAR. Zack talks about 2016 being his year but Miz has something else to talk about.

Miz: “On January 2nd….” This brings out R-Truth to interrupt with a speech about trying to be voted Superstar of the Year. Miz points out that the Slammys were last week and Truth remembers winning one. Truth: “I need to get one of those daily planners.” Miz tries to keep going but here’s Heath Slater for yet another interruption.

Before he can say anything, Big Show comes out to knocks Slater cold. Show takes out everyone but Truth is smart enough to lay down. He looks up though and eats a chokeslam, leaving only Ryback and Big Show standing. Show throws him out as well and mocks the fans for telling him to retire. Therefore, he’s entering the Royal Rumble and wants to be #1.

Ryback gets thrown around to start but hits a quick middle rope dropkick, only to have Show drop under the bottom rope. It’s a countout to give Ryback the win at 2:56.

Dean Ambrose/Usos vs. League of Nations

No Del Rio here. Sheamus dedicates this match to Vince and headlocks Jimmy down to start. A double dropkick knocks Sheamus to the floor and Rusev joins him off a double atomic drop and a missile dropkick from Dean. The League takes a break on the floor until Dean follows them out and stomps Sheamus down. Back to Jimmy for chops in the corner but Rusev hiptosses him down and we’ve got a bad leg.

We come back from a break with Jimmy still in trouble and Rusev putting him in a half crab. It’s off to Sheamus who quickly gives up a tag to Ambrose. Dean cleans house on Rusev to near silence and Jey dives onto Sheamus. The top rope elbow gets two on Rusev but Barrett offers a distraction so Rusev can superkick Dean, sending us to another break.

Back again with Rusev missing a middle rope splash and Dean tagging in Jey. The running Umaga attack gets two with Rusev making the save. Jey superkicks Sheamus but Barrett offers a distraction to delay the Superfly splash. The Brogue Kick finally puts Jey out at 16:57.

Post match Owens comes in through the crowd and sending Ambrose into the steps. A powerbomb puts Dean through the table and makes him convulse a lot.

We look back at Rock announcing that he’s going to be at Wrestlemania in case you thought that changed.

Recap of the arrest.

Renee is still at the precinct with other media waiting on Vince to come out. Here are the McMahons who quickly bail into a car and leave.

Before the match, Cena comes out to rip on the League of Nations for not respecting the USA. He brings up the fact that Del Rio hasn’t defended the title on Raw and that he won’t defend it tonight. This brings out Del Rio to say he defends his title wherever he wants so Cena says do it here. They argue back and forth for a few more minutes until Del Rio agrees to make it a title match.

Back from a break and before the match, we get a tribute to Motorhead’s Lemmy, who passed away earlier today.

Del Rio is defending of course. After the big match intros, Alberto starts with right hands in the corner and sends him face first into the post. We hit a quick chinlock with a knee in Cena’s back but Alberto misses a charge and crashes out to the floor. Back from a break with Cena dropkicking him out of the air and starting his finishing sequence. Del Rio breaks it up with a Backstabber and tilt-a-whirl backbreaker for two.

Cena’s tornado DDT gets the same and now the fans are getting into it. They get back up and the AA is countered, only to have the referee get bumped. The STF makes Del Rio tap but there’s no referee, allowing the League to run out for a superkick to Cena. That’s only good for two though as Cena cleans house but gets caught by the low superkick for two. There’s the AA but the League comes in for the DQ at 14:05.

Result: John Cena b. Alberto Del Rio via DQ when the League of Nations interfered

Post match the League swarms until the Usos come out for a failed save. The League goes for chairs but Roman comes in for the real save. Reigns Superman punches Sheamus but here’s Vince to make Reigns vs. Sheamus for the title next week. With Vince as guest referee of course. 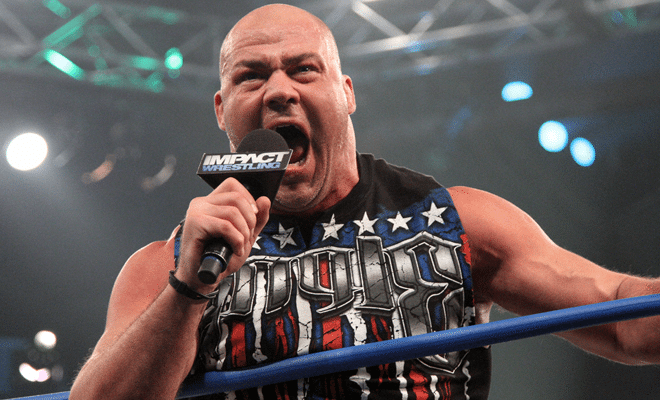 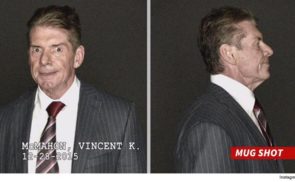