Sounds like a showdown to me. Every now and then, you see a star who shows up in wrestling, turns it upside down, and then leaves just as fast, having done everything they need to do in the process. That was the case with Ronda Rousey over the course of just over a year and now she is gone again. Just because she isn’t around doesn’t mean people don’t remember her, and one wrestler would like to do more than that.

During her brief time in WWE, Rousey faced and defeated a lot of people. The matches were often dominant, with Rousey rarely being offered much of a challenge. It would take someone special to make Rousey break a sweat and that did not happen very often. One opponent in particular offered a very specific challenge to her and now she wants another shot at Rousey.

On Monday, Nia Jax tweeted out a challenge to Rousey. This comes after Rousey had referred to wrestling as fake fighting, hence Jax including the hashtag “Samoan4Real” in the tweet. Jax and Rousey had two televised singles matches in WWE, with Alexa Bliss interfering to cause a disqualification at Money in the Bank 2018 and Rousey defeating Jax via submission at Tables, Ladders And Chairs 2018. There is no word on Rousey returning to WWE at any time in the future.

They do have a history. Check out a little of Rousey and Jax:

Opinion: If, and that’s a big if, Rousey comes back to WWE, there is a natural story here. Jax can be the kind of monster who can give Rousey a real threat and stand up for wrestling after everything Rousey said. I have no idea if Rousey is going to come back, but if she isn’t, she has given some wrestlers a lot to talk about during a down time for the company. Maybe she’ll be back, but she’s making an impact while still being away. 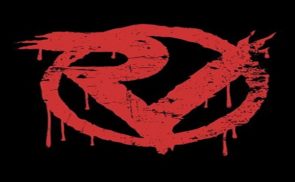 Revival’s New Name Has Rubbed Some Wrestlers The Wrong Way