The news of fresh television tapings couldn’t come fast enough as we are now at the Best Of Rhett Titus. I get that the guy has been around for a long time but they couldn’t open the vault and do someone from their great catalog? Say the Briscoes Part II or something like that? Let’s get to it.

Rhett welcomes us from in front of his house, with his son in a push cart. In his backyard, Titus talks about what he has been doing lately, including training and spending a lot of time with his son (who has a lot to say). It’s time for his son to go down for a nap so here’s our first match, from Final Battle 2010.

The Express recently turned face and have grown up on camera from comedy jobbers to a serious tag team. They’re Rhett Titus and Kenny King (Kenny from the second season of Tough Enough). Titus vs. O’Reilly to start us off as commentary talks about O’Reilly’s submission skills.

O’Reilly hammers away and moves very quickly to take over and it’s off to Cole. Back elbow off the middle rope gets two for Cole. Reilly takes over so King pulls Titus to the floor. Kyle dives to the floor to try to take the Express out but they manage to catch him, only for Cole to dive on all three of them and take them down.

Back to the ring and it’s O’Reilly vs. Titus but King is in before I finish that sentence. The Express tags in and out very quickly. Double teaming sets up a spinwheel kick by King to take down Kyle for two. We hit the chinlock and it’s back off to Titus quickly. We get one of those contrived spots as O’Reilly hands King’s foot to Titus and leg drags Titus, making Titus leg drag King.

Hot tag to Cole who gets a DDT to King onto the apron. O’Reilly gets rolling butterfly suplexes to Titus to keep him wobbled. Missile dropkick by O’Reilly from the apron takes down King on the floor as Cole hits a top rope cross body for two on Titus. King back in and some nice double teaming gets two on Cole. It was a hot shot by Titus to set up a double knee to the back by King so Titus could roll up Cole for two.

A terrible kick by Cole but he gets caught in a suplex anyway so it didn’t get him anywhere. The superkicks start flying and everyone is down. Titus gets caught in the tree of woe and it’s a double baseball slide to his face. Cole and O’Reilly are a lot like the Guns but not as crisp. Titus pulls the rope down to send O’Reilly to the floor and a blockbuster/powerbomb combination ends Cole at 10:04.

Titus talks about the All Night Express’ feud with the Briscoes, but it’s a little too violent for TV. Everything is available on Honor Club though, which is a nice plug without beating us over the head with it.

Then the team split up but the Briscoes put out an open challenge at All Star Extravaganza VII.

The Romantic Touch, a masked wrestler is the first to answer the challenge. Since he has no partner, the Briscoes beat him up and toss him outside (as is his custom)….and here’s the All Night Express (in a surprise as Titus was pretty obviously the Romantic Touch most of the time). The fans are happy with the surprise and the brawl is on in a hurry with the Briscoes being cleared out. We settle down to Mark slugging away at Kenny but walking into an atomic drop into a clothesline. Titus’ splash gives King two and we take a quick break.

Back with Titus hitting a dropkick but Jay comes back in to grab a chinlock. That’s broken up and Titus rolls over but there’s still no tag. Instead the yet to be named Redneck Boogie gets two on Titus. King breaks up the All Night Express though and Titus hits a running flip dive to take Jay down on the floor. Mark grabs the Blockbuster off the apron though and takes Titus back inside. After King takes care of Jay, a powerbomb/springboard Blockbuster combination finishes Mark at 8:33.

Titus talks about all of the wrestlers he has faced, but none of them were as technically sound as Jonathan Gresham. From Future of Honor 3.

Titus is defending. They shake hands and stare each other down for a good while to start Titus takes him down to start and hits a fireman’s carry into an armbar. Gresham’s leglock is reversed into an armbar but they flip up to their feet for a standoff. Back up and Titus rolls over to the corner and jumps up to the middle rope for an elbow to the face. The cravate goes on and Gresham can’t break it up in a hurry.

Back from a break with Gresham getting in a fairly low kick and hammering away. Titus kicks him away and goes up for a high crossbody. A splash gives Titus two more so Gresham bails to the ropes…and unties Titus’ boot. The referee points it out to Titus so Gresham grabs an Oklahoma roll for his own two. Gresham starts in on the armbar, gets two more off another Oklahoma roll, and then switches to a Crossface. Back up and Titus snaps off a powerslam but Gresham hits him in the bad arm.

That’s fine with Titus, who hits a clothesline with the good arm for his own two. Gresham kicks at the arm again but Titus kicks him to the floor. Back in and the frog splash only hits raised knees to give King another two. Gresham slaps him in the face and Titus gets fired up, only to be sent outside for a suicide dive into the barricade.

They get back in again and Titus has to power out of a Kimura, setting up an elevated DDT for two. The frog splash hits Gresham’s back and the regular version gets another near fall. Back up and they trade kicks to the head until Gresham’s hurricanrana is countered into a sunset flip for two more. Titus snaps off a dropkick to retain at 26:20.

Titus talks about how much he liked the match and thanks the fans for waiting on them. They’ll be back soon.

Overall Rating: C+. Titus is a talented guy and someone who seems to work very hard, but at the same time he is pretty low down on the totem pole of Ring of Honor. You can only go so far with things like this and the news that we are going to be seeing something fresh is long overdue. Things need to be fixed up a bit and while this was ok, it could get bad in a hurry otherwise. 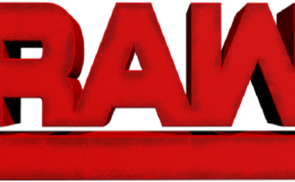