Part of a lighter weekend schedule. WWE didn’t have much to offer over the weekend with just two house shows, both of which took place on Friday night. The “Smackdown Live” version was held in Miami, Florida and featured a few interesting matches, including a non-title cage match between Dolph Ziggler and the Intercontinental Champion the Miz. Here are a few pictures from the show.

First of all, you can always use another RKO.

Next is Nikki Bella vs. Natalya, including a possible name for Bella’s version of the STF.

Finally, in a steel cage, Ziggler beats the Miz, but of course not for the title.

There’s something special about house shows. I know the matches are mostly predictable and a lot of what happens there will never make TV but it’s such a much more intimate atmosphere. You get to see some different matches and get previews of what you might see on pay per view. It’s also cool to see things like cage matches, which a lot of people aren’t going to get to see on a big stage.

Are you interested in any of the programs featured here? Have you ever gotten to see anything special at a house show? Let us know in the comments below. 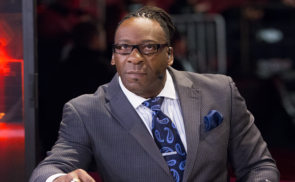 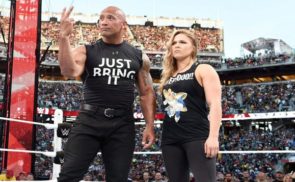