Ever since Seth Rollins returned from his knee injury this past spring, there have been rumors of a possible Shield reunion. But, with Reigns and Rollins both on Raw, and with Dean Ambrose on SmackDown, it doesn’t seem likely that the trio, which disbanded in the spring of 2014, will reunite anytime soon.

WWE could be planning to shake up the rosters at some point in 2017, because according to Dave Meltzer of the Wrestling Observer Newsletter, they’re slowly building towards a Shield reunion.

While reviewing the opening Segment from this past Monday’s Raw — which involved Stephanie McMahon, Roman Reigns, and Seth Rollins — Meltzer said that WWE is planning to do a Shield reunion, because they believe that reuniting the trio will finally force the fans to get behind Reigns, who’s been struggling as a babyface ever since the group broke up.

“The fans were cheering for Roman Reigns when [he was talking about] The Shield powerbombing Braun Strowman through a table, so they kinda found this little way to get people to cheer for Roman. Then Stephanie teased reuniting The Shield for one night, then she said “you people are so gullible,” so I don’t know what the purpose of that was. They’re doing a slow build to a Shield reunion, but don’t [tease it] to get yourself over as a heel.”

WWE could possibly shake up the rosters following WrestleMania 33, so we could end up seeing Dean Ambrose on Raw in the spring of 2017, which will likely lead to a Shield reunion.

Would you like to see The Shield reunite? Do you think a reunion will be the thing that finally gets WWE fans to like Roman Reigns? Let us know in the comments section below, and visit our Facebook page for all the latest news and rumors! 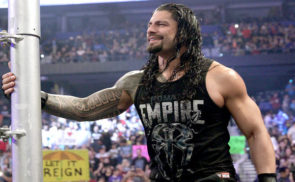 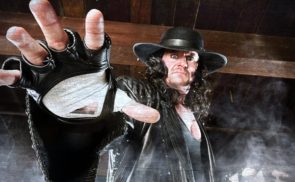