When Ronda Rousey was knocked out by Holly Holm in November of last year, everyone wondered if she would ever fight again. At one point, it actually looked like she was done with MMA, but, she ultimately decided to come back, and challenge Amanda Nunes for the women’s bantamweight championship. Long story short, Rousey was annihilated in the fight, and now, like after the Holm fight, everyone is wondering if she’ll ever fight again.

Following the fight, Rousey gave a statement to ESPN, and she said that she needed to take some time to decide if she wants to continue her mixed martial arts career. Most believe that she’ll never fight again, but, a career in professional wrestling could be on the table for the former bantamweight champ.

WWE has been interested in signing Rousey ever since she burst onto MMA scene, and while she has made one in-ring appearance for them back at WrestleMania 31, she hasn’t been able to sign a deal with the world’s biggest pro wrestling company because her UFC contract prohibited her from doing any professional wrestling matches.

Rousey’s contract situation with the UFC is unclear, but when Brock Lesnar decided to retire back in December of 2011, and he expressed interest in going back to WWE, UFC president Dana White granted him a release from his contract. He’d likely do the same for Rousey, especially because the UFC and WWE are on good terms at the moment.

The question now is, has Rousey’s back-to-back losses negatively impacted WWE’s opinion of her? As of right now, we don’t really know. But, according to Jonathan Coachman, who is a former WWE commentator that now works for ESPN, there’s no way that Vince McMahon is still interested in signing the UFC megastar.

Coachman may be right, but Rousey’s situation is similar to Brock Lesnar’s back in 2011. Like Rousey, Lesnar was coming off of two straight first round knockout losses. But, despite the fact that he looked horrible in his last two fights, WWE didn’t have a problem with bringing him in.

Rousey has expressed interest in joining WWE after she wraps up her MMA career. Does that mean we’ll see her sign with WWE in 2017? Not necessarily, but there’s a strong chance that we’ll see her in the squared-circle at some point this year.

Do you think Ronda Rousey’s MMA career is over? Would you like to see her in WWE? Let us know in the comments below, and make sure to visit our Facebook page for all the latest news and rumors! 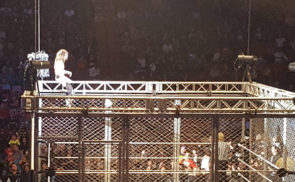 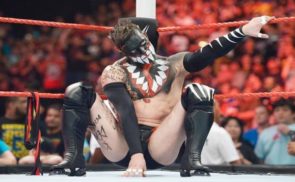