On Friday, Wrestling Inc shared a screenshot of a Facebook ad, which detailed the lineup for the January 9 Raw show in New Orleans, Louisiana, and the ad said that two huge WWE legends will appear on the show.

The ad’s featured photo showed The Undertaker, who returned to SmackDown back in mid-November, and it said that The Deadman will make his return to Raw when WWE heads to the Smoothie King Center in the second week of January. It also said that Shawn Michaels will make an appearance on the show as well.

As of right now, neither Undertaker or Michaels are being advertised for the January 9 show on WWE’s official website. Also, the screenshot of the WWE ad is a bit fishy, simply because nobody has been able to track down the original ad every since the screenshot started to pick up some steam.

If the screenshot does turn out to be a fake, it won’t be the first time that a portion of the WWE audience has fallen for a fake advertisement. In February of last year, someone uploaded a photo on Instagram that appeared to be an ad for an upcoming Raw show, and the ad suggested that CM Punk, who had just signed with the UFC two months prior, had quit the company, and that he would be returning to WWE. Shockingly enough, a lot of people bought it, but just a few short hours later, the photo was proven to be fake.

Will The Undertaker show up on the second Raw of 2017? Probably not. He just returned to SmackDown, and he made it clear that he was loyal to WWE’s blue brand. So, it wouldn’t make much sense for him to appear on a brand that he’s not currently affiliated with.

Will Shawn Michaels show up on January 9? Well, there’s actually a good chance that he will. WWE’s latest movie — which Michaels stars in — entitled The Resurrection of Gavin Stone, will be released on January 20. So, it would make sense if he showed up to promote the movie.

Do you think we’ll see Shawn Michaels or The Undertaker on Raw in the near-future? Let us know in the comments, and make sure to visit our Facebook page for the latest news and rumors! 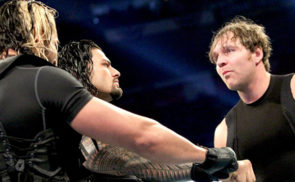 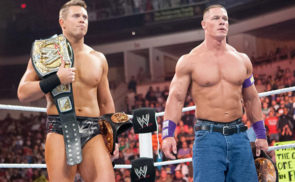