It must be Royal Rumble time. As you likely know, it’s about time to start getting ready for the Royal Rumble and then the Road to Wrestlemania can begin. Normally, this means that we’ll be seeing some cameos from major names and, if local advertisements on Facebook are to be believed, that might start on January 9.

According wrestlinginc.com, localized Facebook announcements are advertising Shawn Michaels for a special appearance and the Undertaker’s return to “Monday Night Raw”. As of this moment, nothing has been listed on the arena’s official site or WWE.com, though there is a chance that this could change as we get closer to the show date. Michaels may be there to promote his new movie “The Resurrection of Gavin Stone” which comes out eleven days later.

I’m all good with these two showing up as you can never have enough legends around for the most important time of the year on the wrestling calendar. Even if Michaels is only around to plug his movie, there’s a good chance that Undertaker will be there to start something up for the “Wrestlemania XXXIII” season and that’s a good thing all around.

Which of these two are you more interested in seeing? What do you think Undertaker will be doing for the biggest show of the year? Let us know in the comments below. 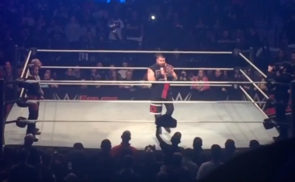 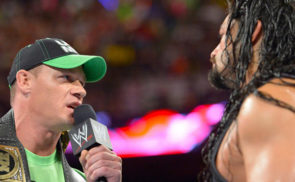