You have to plan ahead. There are a lot of moving parts to any given edition of WWE television. Some of them are a lot more complicated than others, but when one of the shows gets a hot story, it can be a lot of fun in a hurry. WWE throws out a lot of stories at once on Monday Night Raw and some of them are better than others. We now know a few of them that are coming up and some are going to be tied together.

Over the last few weeks, Monday Night Raw has been trying its hand at throwing out some fresh storylines to see what might be able to stick. This is something that has to be done at times as you never know what might work. Sometimes you just need to try something fresh, so trying both new storylines and a new way of presenting them may be the solution. WWE is willing to give it a shot.

According to the Wrestling Observer Newsletter, there are plans for some overlapping feuds on Monday Night Raw. First up is Andrade vs. Humberto Carrillo, which started earlier in the month, with Andrade also feuding with Rey Mysterio. In addition, Mysterio will feud with Seth Rollins and the AOP, who will also be feuding with Kevin Owens. Rollins is scheduled to challenge Mysterio for the United States Title on the upcoming Monday Night Raw. This comes two weeks after Rollins attacked Owens and put him on the shelf.

There is a lot there. Check out some of the earlier stages of both feuds: 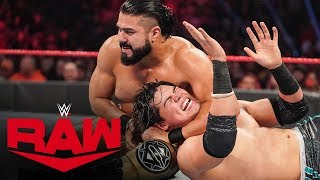 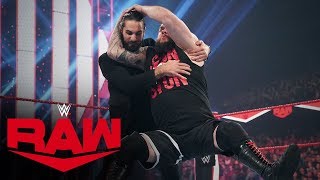 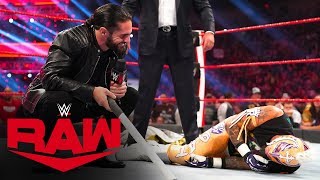 Opinion: This could work out quite well as Andrade and Mysterio have worked well together before and Andrade had a great match with Carrillo on the Tables, Ladders And Chairs Kickoff Show. Then you have Rollins, who may not be the most popular name in the world but he can have a good match with anyone. That would include Mysterio and Owens, both of whom have some high value of their own.

Which of these feuds sounds best? What do you think of mixing feuds? Let us know in the comments below. 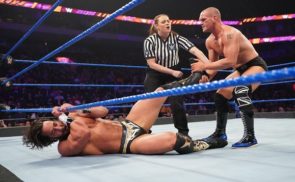