There it is. One of the biggest WWE stories of the week has been the reveal of Retribution. The team had been terrorizing Monday Night Raw for weeks now but were suddenly announced as being official parts of the show. That did not exactly go well and then it got even worse when the team members were named. One of them was not the easiest to identify but he has since rectified that problem.

One of the biggest criticisms of the Retribution reveal was the team’s masks. The masks did not exactly hide the team’s identities and that made it a little strange to have the announcers seemingly not know who the wrestlers were. All of them have been part of NXT, which is not only part of WWE but also advertised on Monday Night Raw, but they are suddenly in half masks and wrestling under different names. The only member with a full mask has made his own identity known.

NXT wrestler Shane Throne has changed his Twitter handle to ShaneSLAPJACKThorne, with the “Shane” and “Thorne” crossed out. Thorne also sent out a tweet showing a closeup of Slapjack’s mask, saying it was his new profile picture. Thorne had been rumored to be part of the team, which also includes Dominik Dijakovic, Mia Yim, Mercedes Martinez and Dio Madden.

It worked in or out of the mask. Check out Retribution’s big Monday:

What do you think of Retribution? Should they keep the masks? –Let us know in the comments below. 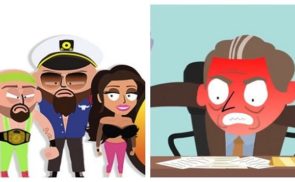 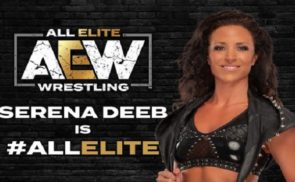