We need a detective. There are a lot of people who have been coming and going through the doors of NXT over the years and that means the promotion has quite a bit of history. Some of the wrestlers have been more popular than others and it can make for an interesting return if you get to see them again. That might be the case again in the future, but it isn’t exactly clear.

We are coming up on Takeover on October 4 and the show is in a bit of a difficult situation. The NXT locker room seems to have gone through a Coronavirus outbreak meaning they already have limited options. When you throw in the fact that they only had a few weeks to set things up, something special had to be done. That seems to be what NXT is trying for again, but they are going about it in a bit of a confusing way.

This is rather weird. Check out what aired on NXT:

This week on NXT, a video aired featuring a camera shot through night vision goggles with a distorted voice talking about how something went wrong after several years of dedication. The voice talked about NXT Championships as someone dusted off a case featuring titles and said that they, as in the person talking, was coming back. The person speaking says they are coming back to take what it theirs as the video shows the case with the title being broken. The date 10.4.20, the day Takeover is being held, is shown to end the video.

Opinion: Well ok then. I’m not sure what this is going to mean but it is certainly interesting. There is a chance that we could be seeing the return of Karrion Kross, who was forced to vacate the NXT Title about a month ago with a separated shoulder. If Kross simply appears at Takeover and then has a few more weeks before a major match, he could be given enough time to recover. It could also be anyone else though and that makes things a lot more intriguing.

Who do you think the video is about? What will they do at Takeover? Let us know in the comments below. 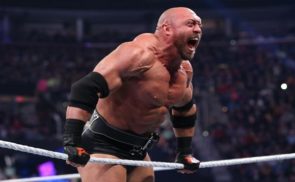 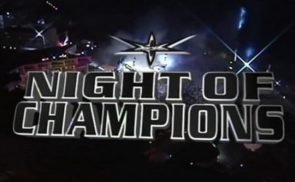