Welcome back? Wrestling is a unique sport in that you can see wrestlers go away for a very long time before making a comeback and returning to the ring. That can make for some interesting waiting periods, as you never know when someone might be able to make a return, even after a long time away. We might be seeing one of those returns sooner rather than later.

Ryback had quite a run in WWE over several years, including a lengthy undefeated streak. He became a big star and headlined a few pay per views, including having a heck of a feud with both CM Punk and John Cena for the WWE Championships. Ryback eventually left the company due to some issues with WWE management and has basically disappeared from major wrestling promotions since. Now though, we might be seeing the Big Guy again.

Ryback recently appeared on the Shooting Blanks Wrestling Report, where he mentioned he was back to training after dealing with several health issues. He is also planning to getting back to training in the ring again to see how he feels. There is no word on when Ryback may be back wrestling on a live event. His most recent match took place on August 25, 2018 in Bristol, Connecticut.

Ryback is someone who could be an important signing for someone. Check out what he can do in the ring:

Opinion: I’m not sure what you think of Ryback, but I could see why a lot of wrestling companies would be interested in bringing him in. Ryback is someone who could offer some star power to a roster and his size and look alone should be worth something. I’m not sure how popular he is going to be among various fans, but I would be surprised to see him not get at least a shot somewhere.

What do you think of Ryback? Where will he wind up? Let us know in the comments below.

Takeover Main Event Set With NXT Title On The Line 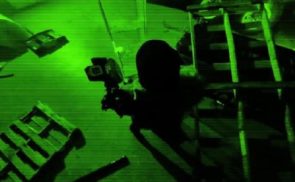