It’s hitting everywhere. The Coronavirus has spread throughout the world and there is no indication that it will be slowing down in the upcoming months. That is the kind of thing that can change the way the wrestling industry works at the drop of a hat and that is what has happened recently. There have been outbreaks in both major companies and it seems that two more names are going to be gone for a bit.

One of the best things that you can see on a wrestling show is someone making their debut with a highly successful performance. Someone can catch your eye in a hurry and it seems that they sky is the limit from the second they arrive. That was the case with two recently debuting AEW names, one of which has been signed to the company. However, it might be awhile before you get to see them again.

Both Ben Carter and Serena Deeb will be missing time due to the Coronavirus. Carter sent out a tweet saying that he had been diagnosed with the virus. Deeb has announced, via the NWA, that she will be self quarantining for ten days due to coming into contact with someone who had tested positive. Deeb’s official signing with AEW was announced earlier this week. There is no word on when either of them will be back in the ring.

An update on my immediate future: pic.twitter.com/DnqILhxQ11

Allysin Kay is going to have a hell of a battle on her hands with Nicole Savoy at Prime Time Live on 9/29!

Both of them have quite the momentum. Check out what they can do when healthy:

Opinion: That’s rough to hear as Carter stole the show on this week’s Late Night Dynamite. He seems like someone who could become a big star or at least a featured attraction in a hurry. Deeb is looking rather strong as well, as she is a veteran presence who could do a lot to boost up the women’s division. Hopefully both of them are healthy in a hurry though, as that is a lot more important than anything they could do in wrestling.

What do you think of both of them? Which has a brighter future? Let us know in the comments below. 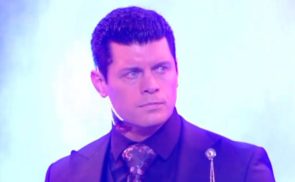