You have to add something. Believe it or not we are less than two weeks away from the next Takeover and nothing has actually been announced yet. With so little time left, there is still nothing ready for the show and a Coronavirus outbreak is not going to make things any easier. The card has to be set up somehow and now we know one of the matches taking place on the show.

One of the signature points of any Takeover is a series of title matches. It isn’t a hard concept to grasp as putting a title on the line is one of the guaranteed ways to make a show feel important. You can throw things out there and only need to point to the title and everything will seem more important in a hurry. That is the case with the upcoming Takeover, which now has a match set.

One of @WWENXT’s rising stars vs. arguably the most consistent performer on the black and gold brand.
In his first #NXTTakeOver defense, @ArcherOfInfamy will defend the #WWENXT North American Title against @JohnnyGargano. pic.twitter.com/jfD0n5A9dU

This could be a heck of a fight. Check out the two in action:

Opinion: They had to do something and given how few wrestlers they might have available to them at the moment, Gargano is one of the safest bets that they could have. What is becoming clear though is that this Takeover is being slapped together as fast as they can. It doesn’t seem like they know what to do with it, which makes the announcement that much more confusing. Was anyone other than WWE asking for this show so soon? Hopefully it works, but this is one of the riskier bets. 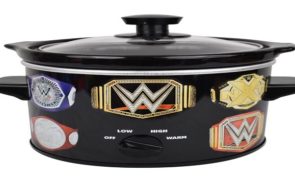 KB’s Review: Why Does That Exist