We’re past Extreme Rules and now on to Money in the Bank season, meaning we might start tonight with some qualifying matches. However, the bigger story coming out of last night is the return of Seth Rollins, who attacked WWE World Champion Roman Reigns after Reigns retained over AJ Styles. Let’s get to it.

We open with a recap of the main event and Rollins making his return.

Here’s Seth to get things going, complete with a new graphic that says “Redesign, Rebuild, Reclaim.” Rollins gets a nice WELCOME BACK chant before smiling at the crowd and saying it’s been 200 days since he’s been in this ring. In case you’ve been living under a rock, he’s back. He’s here to get back the title that he never lost and last night he fired the first shot with the Pedigree on Reigns.

The fans keep freaking out so Rollins asks if they missed him. Fans: “YES! YES! YES!” Rollins brings up some of the dastardly things he’s done over the years and about how the fans didn’t buy him by calling him a coward who hid behind the Authority. Then his knee went out from all the weight of carrying this company. Over the last few months he’s gotten so many fan letters but he put every one of them in a garbage can and set them on fire.

None of these fans were here with him when he was rehabbing his knee twice a day. Now he’s back on his own to get the title back but here’s Reigns to interrupt. Rollins of course bails and says it’s happening on his time. This brings out Shane to invite Rollins back inside for an adult conversation. This conversation consists of Shane making Roman vs. Seth for the title at Money in the Bank.

Sheamus talks about how much he can’t stand Sami Zayn and this New Era. Tonight he’s going to give Sami a beating for all the people who are sick of this foreigner coming in with his stupid hat.

Money in the Bank Qualifying Match: Sheamus vs. Sami Zayn

Sheamus takes him down into a wristlock to start, followed by a legdrop of all things. Sami sends it outside with a hurricanrana, only to have Sheamus put a knee in his ribs to send us to a break. Back with Sheamus getting two off the Irish Curse but Sami BLASTS him with a clothesline and gets two off the Michinoku Driver. The Brogue Kick misses and Sami clotheslines him to the floor, only to have the flip dive blocked by a forearm. Sheamus gets back in and eats a quick Helluva Kick for the pin at 10:00.

After a break, Apollo Crews is talking about how this is the biggest match of his life when Sheamus jumps him from behind and lays him out.

Here’s New Day for a six man tag and they’ve got a birthday cake. Tonight is the 1,200th episode of Monday Night Raw and that means it’s time to celebrate. However, since cakes in wrestling rings always end up in someone’s face, Big E. picks up the cake and takes it outside to get things out of the way. As he threatens Byron Saxton, cue the Social Outcasts to jump New Day from behind and take us to a break.

Joined in progress with Kofi hurricanranaing Slater out of the corner and stomping him down in the corner. Slater is sent to the floor for a Bo Train but Heath collapses, leaving the other two to take a flip dive from Woods. The Midnight Hour puts Slater away at 2:00.

Money in the Bank Qualifying Match: Cesaro vs. The Miz

Non-title. Before the match, Miz and Maryse celebrate their win and promise to win the briefcase again, setting up Miz’s biopic. Cesaro starts fast with the uppercuts in the corner for two before diving over the top to take Miz out again. He even tells Maryse to talk to the hand.

Back in and Cesaro gets two more off a delayed suplex to send Miz outside as we take a break. We come back with Miz hitting the Reality Check but charging into the uppercut. The Swing doesn’t work because of the shoulder but Miz can’t hit the Skull Crushing Finale. Instead it’s another uppercut and the Neutralizer for the pin on Miz at 11:24.

Rollins talks about how Money in the Bank is his thing when Stephanie comes in. Rollins is all nice to her but she says things have changed around here.

Crews seems just fine after the beatdown earlier tonight while Jericho’s back is covered in bandages from the thumbtacks. Jericho throws a t-shirt in Crews’ face to start and hammers away, only to have Crews just hit him in the bandages. Jericho’s dropkick and chinlock don’t do much as Apollo elbows him in the jaw and avoids the dropkick out of the corner to send Jericho outside.

There’s a moonsault from the apron (mostly missed) to drop Jericho again but Jericho counters the toss powerbomb into the Walls. A rope is grabbed and Crews tries to nip up, only to have Jericho Lionsault onto him for two. Another Walls attempt is countered into a small package, only to have the Codebreaker puts Apollo away at 7:46.

Sheamus laughs at the result.

Baron Corbin beat Dolph Ziggler last night because he can. This brings in Ziggler, to say Corbin can’t beat him in a straight match. Corbin agrees but doesn’t want to see Ziggler again after. Ziggler promises to steal the show tonight.

Here’s Big Cass, who points to the entrance for the returning Enzo Amore. Enzo is VERY fired up to be back and talks about how he’s back because if he had a dime for every time he got knocked down and didn’t get back up, he would have ZERO DIMES. Cass is ready to kick Bubba Ray Dudley in the head and send him into a pool like a basketball.

Feeling out process to start until D-Von goes after Enzo, allowing Bubba to get in a belly to back suplex. He spends too much time shouting though, allowing Cass to take over with a clothesline. A Stinger Splash has Bubba in trouble and we keep up the Sting treatment with Cass slamming him off the top. Cass’ big boot and the empire Elbow put Bubba away at 3:11.

Here are Charlotte, Ric Flair and Dana Brooke to talk about their win last night. Ric talks about how Charlotte has earned her way to the top and been amazing at everything she’s done. As for Dana, she doesn’t exist without Charlotte, which Dana seems to agree with. Charlotte talks about how her dad was never there for her on Christmas and birthdays because Flair was off being the man. Now Charlotte gets it though because now she’s the woman.

That power makes her be able to say it to him: get out of her ring. Charlotte goes on a rant about how she doesn’t need her dad anymore and how she’s going to be better than the sixteen time World Champion has ever been. She’s tired of having everyone look at her and ask how Ric is doing so now he is dead to her. Charlotte doesn’t want to talk and tells Ric to get out because he can watch her on TV like she did with him for thirty years. Ric leaves in tears while Charlotte and Dana pose.

Ziggler headlocks him to the mat to start but Dean slams him with ease and throws Dolph out to the floor. The dive doesn’t get to launch as Ziggler steps to the side as we take a break. Back with Ziggler getting butterfly superplexed for two but missing a dive. Dean’s top rope elbow is countered into a rollup for two, followed by the Fameasser for the same.

Both guys try cross bodies at the same time and we get a quick breather. Dean gets superkicked to little effect as he bounces off the ropes with the rebound lariat for two. Ambrose goes for the elbow again but gets dropkicked out of the air this time. The Zig Zag is countered though and Dirty Deeds sends Dean to the ladder match at 12:09.

Ric is leaving and even Arn Anderson can’t make him feel better. Renee Young asks if he has anything to say but Ric gives a very sad forced smile and leaves.

The Shining Stars want us to visit Puerto Rico.

Here’s AJ Styles with something to say before his match. AJ talks about how he would have been WWE Champion if not for Anderson and Gallows. This brings the big balds to the ring, where they question what he just said. AJ didn’t bring these guys to the WWE to take out everyone in his way but the way they see it, if this was in Japan, Styles would have been buying them a round of drinks after what happened last night.

AJ thinks it’s time for them to go their separate ways but Anderson and Gallows suggest that AJ never would have made it out of Japan (or a bunch of bar fights for that matter) without them. Styles says they’re still brothers and friends but not on the same team. Gallows says no way because they’re not even friends anymore. That seems to be fine with AJ as the two of them leave.

They slug it out to start until Owens grabs a headlock (“HEADLOCK MASTER!”), only to eat a good dropkick for two. Owens gets in a dropkick of his own but AJ bails to the apron. AJ is pulled face first into the apron with Owens heading back inside but rolling under the ropes instead of diving over the top like he was teasing.

Back from a break with AJ fighting out of a sleeper and hammering away on the floor. They slug it out inside with AJ getting the better of it, only to be pulled off the ropes and sent into the corner with a German suplex. The Cannonball is followed by Owens telling Cole to shut up but AJ gets in a jumping enziguri. That’s fine with Owens who comes back with his brainbuster onto the knee for two but misses the moonsault. 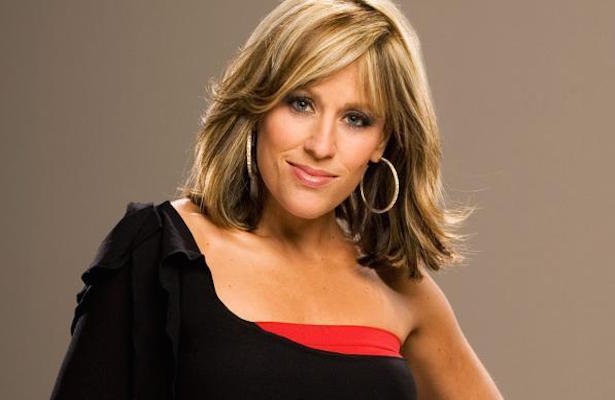 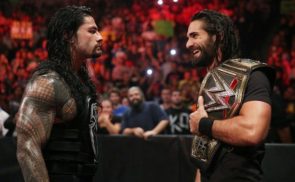 Opinion: Roman Reigns vs. Seth Rollins Could Be a Lose-Lose Situation