It would be a big move for Trump. Wrestlers are a unique breed in that they are supposed to be portraying a character full time. That is not exactly how things work these days, but there is a difference between the wrestler you see on television and the person portraying them. That can get a little bit tricky at times, but you can see someone making the distinction every now and then, which was the case on Wednesday.

The biggest story of the week on any level was the storming of the US Capitol Building on Wednesday. A group of thousands of people marched from a speech given by President Donald Trump to the Capitol and broke in, destroying parts of it and invading various rooms and offices. This was not well received by almost anyone, including various wrestling legends.

WWE Hall of Famer Mick Foley addressed the situation on Wednesday, saying that all of the injuries that took place were on Trump’s hands. He also sent a tweet to Vince McMahon, saying it was time to kick Trump out of the WWE Hall of Fame. Trump was inducted into the WWE Hall of Fame in 2013 and hosted both WrestleMania 4 and IV from his Trump Plaza Hotel and Casino in Atlantic City, New Jersey.

This is on you, Mr President. Every single injury today is on you. https://t.co/6wJKb0pUxa

Hey Vince – how about throwing this sorry son of a bitch out of our Hall of Fame?@VinceMcMahon

Opinion: I can appreciate Foley’s sentiments and efforts here but there is no way that this is going anywhere. McMahon is not going to get rid of Trump from WWE history, especially when McMahon’s wife Linda was part of his cabinet earlier in the administration. Foley is certainly trying though and there is nothing wrong with saying what you think. However, it might not exactly make him look good in McMahon’s eyes. 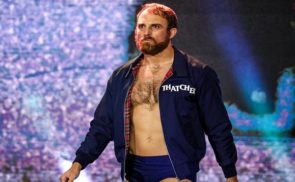