Leave the memories alone. Wrestling is a unique sport as wrestlers have a tendency to never really step away from the ring. They might not wrestle, but you never know when they might pop up in some kind of a role. On top of that, there are so many wrestlers in so many wrestling companies’ histories that it can be difficult to keep track in WWE. Sometimes wrestlers just kind of slip away and the fans may not realize it, which seems to be what happened here.

After a long absence from the ring, Alicia Fox has officially been moved to the Alumni Section of WWE.com. Fox has not wrestled a match since April 29 in a match taped for Main Event. Earlier this year at the Raw Reunion special, FOX was listed among the other legends, suggesting that she had made an unannounced retirement. There is no word on why she has retired from the ring, as there is no reason to believe that she was fired or injured. Fox wrestled on the main WWE roster from 2008 until 2019 and was a one time Divas Champion.

Fox has not been around in a long time. Check out her last match on Monday Night Raw: 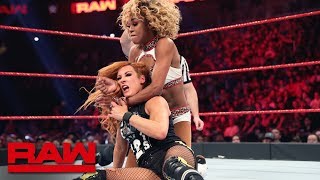 Opinion: This may not be the biggest loss to the WWE roster but it is still a bit of a surprise. Fox was never a top star though she did hold the Divas Title for a good while and has been around long enough that some fans are going to miss her. The women’s division has moved so far forward in the last few years though that someone of Fox’s generation did not have much of a place in the company anymore. She was far ahead of just being a model who wrestled occasionally, but it wasn’t like she was an integral part of the division. I remember being entertained by her a few times so that’s enough for me.

What did you think of Alicia Fox? What was her best moment in WWE? Let us know in the comments below.