AEW’s Plans For A Cinematic Match Scrapped By Coronavirus

What could have been. Back in 2016, the Hardys introduced the wrestling world to cinematic wrestling. These matches were some strange mixture of brilliant and horrible, as they were complete messes but there were enough positive moments included to make them fun to watch. The matches have since spread to other promotions, but one such idea has been shot down.

The idea of cinematic matches has flourished during the Coronavirus pandemic, with several more of them taking place on a fairly regular basis in WWE. The company has run them at several pay per views, including WrestleMania 36. It makes sense as the matches offer all kinds of variations to the usual presentation, allowing the company a lot more control over the matches. AEW was interested in doing the same but certain things out of their control held them back.

In an interview with TV Insider, Matt Hardy revealed that AEW scrapped plans for a cinematic match between himself and Sammy Guevara. Hardy had originally planned to feud with Chris Jericho, who would have passed the feud on to Guevara instead. The match would have seen the two fighting at the Hardy Compound, but measures taken to help prevent the spread of the Coronavirus caused the plans to be canceled. Guevara and Hardy are still feuding and the match could still take place in the future.

The two of them have been violent already. Check out how their feud has gone so far:

Opinion: This is something that could make sense for both of them as Hardy is the father of the entire genre so hopefully we can see it in the future. Things are not quite as bleak as they were before as people have gotten used to figuring out ways around the virus, but I can also understand why the company is hesitant. Hardy vs. Guevara could be going on for a while longer though, so maybe this can happen later on.

What do you think of the feud? Should the match take place later? Let us know in the comments below. 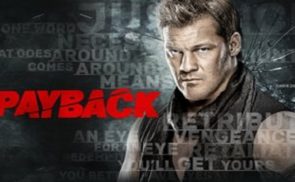 REVIEW: Payback 2017: They’re Bringing It Back