It’s for the best. Theme music is one of the most important parts of any wrestler’s persona. The right theme song can become completely locked together with a wrestler to the point that it is almost impossible to imagine them with anything else. Some songs are iconic, with a few of them being used exclusively because it is the wrestler singing the song itself. That was the case with a recently called up Monday Night Raw star, but then things changed. They may be changing again.

Earlier this week on Monday Night Raw, Keith Lee made his full time main roster debut. It was a big moment for a lot of fans as Lee had been tearing up NXT for a good while and it was clear that he could do the same thing on the main roster show. Lee is kind of the total package, but part of that package was gone as his self performed theme song had been replaced. It may already be time to replace the replacement.

According to Arenataping, a wrestling music blog, Def Rebel has recorded a new theme song for Lee, which will debut during this Sunday’s Payback pay per view. Def Rebel has been working with WWE for over a year and has produced music for Bray Wyatt, Tyson Fury, Seth Rollins and Brock Lesnar among others. Lee is scheduled to face Randy Orton on Sunday at Payback in his singles pay per view debut.

For those unsatisfied with Keith Lee's new theme, he is getting an updated theme with lyrics by Sergio Veneno at #WWEPayback.#WWERAW #WWEMusic #BaskInMyGlory #defrebel

This is a hard one to top (or get out of your head). Check out Lee’s theme, plus his Monday Night Raw debut:

Opinion: I know there is an issue with WWE and CFO$ but egads it’s annoying to see someone who should be ready to go needing this many adjustments as soon as he gets to the main roster. Lee has everything that you could need to be a big star and somehow WWE managed to mess this up. If the song is ready in six days, why wasn’t it ready when he debuted on Monday? Hopefully they get it right, because this is a rather annoying situation.

What do you think of Lee’s theme? What is your favorite wrestling theme? Let us know in the comments below. 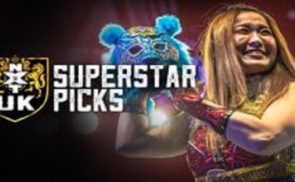