Last week’s show ended in some controversy with a double pin in a four way #1 contenders match. Akira Tozawa and Drew Gulak pinned each other at the same time, meaning we need to come up with something to set up Sunday’s Cruiserweight Title match. I’m not sure what they’re going to do, but it’s likely going to be one of two options. Let’s get to it.

Drake Maverick’s opening gets right to the point: Tony Nese will defend against both Tozawa and Gulak. Tonight’s show gets a preview as well.

It’s Gran Metalik/Lince Dorado for the House Party here. Dorado and Sunil start things off with Lince flipping over him but missing a moonsault press. For some reason we go to a weird camera angle from behind the announcers as it’s Metalik coming in for an assisted bulldog. The Brothers head outside and the House Party backflips into the middle of the ring. Nigel: “I know how to win a match! I’ll do a flip in the ring!”

The backsplash into the planking splash gets two on Sumir as the weird camera angles continue. Sumir offers a distraction so Dorado can be knocked off the ropes to put him in trouble. The stomping in the corner sets up the Singh dancing and we hit the chinlock. Nigel tries to explain the Boscars as Dorado gets pulled back down…and there’s the camera change again. Sunil gets sent outside but he pulls Metalik off the apron so there’s no tag.

Back in and a Russian legsweep/superkick combination gets two with Metalik making the save. The Golden Rewind gets Dorado out of trouble and it’s back to Metalik so the pace can pick up. An assisted dropkick puts the Singhs on the floor for the big dive. Back in and the shooting star gets two on Sunil, but Sumir gets serious by DESTROYING PENELOPE. Metalik is so upset that he gets rolled up for the pin at 8:30. 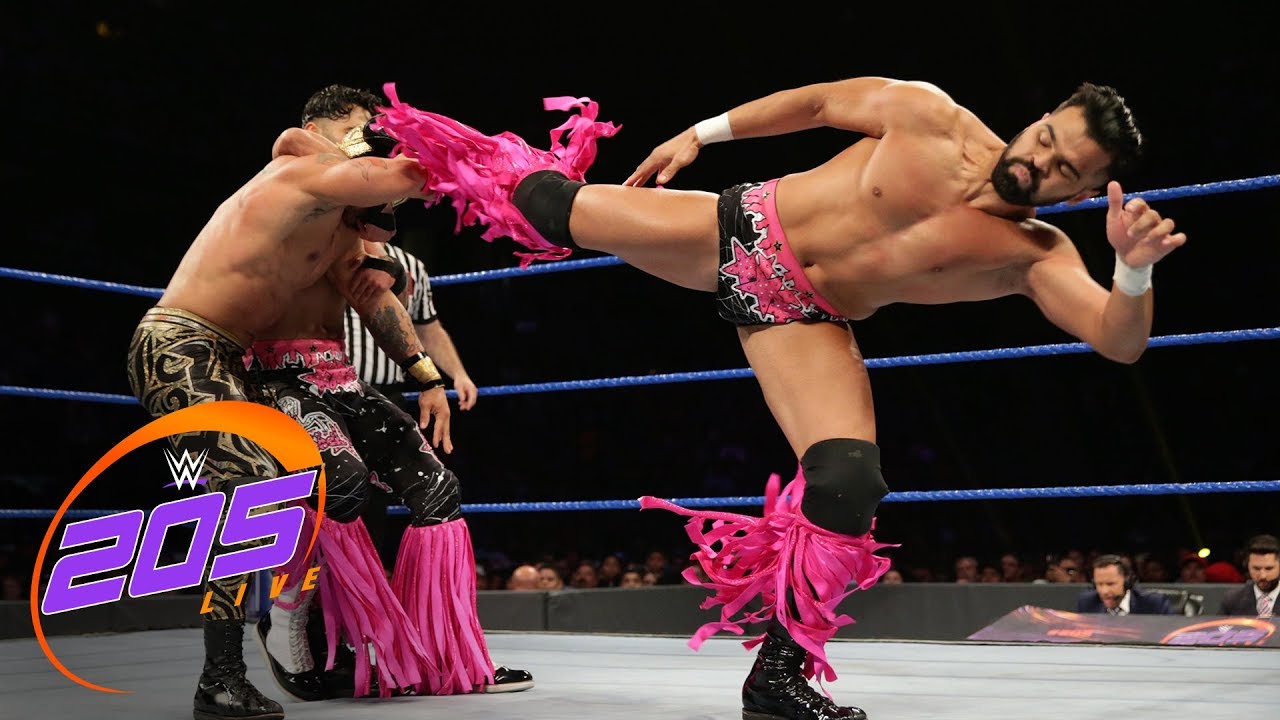 Noam Dar is having some me time as his injuries heal up. He’ll come back, assuming Drake Maverick has fixed things around 205 Live. Brian Kendrick comes in and mentions that they’re in California. Actually make that Spain, where Dar insists that they are. Kendrick says Dar is right but he has to go catch a private jet to California for his match….in like two minutes.

Taylor won’t shake hands and even forearms him in the jaw, earning himself a yell into the corner. Kendrick hammers away and hits a running forearm. A dropkick sets up Sliced Bread to complete the squash at 2:24.

It’s a bad night for the locals: 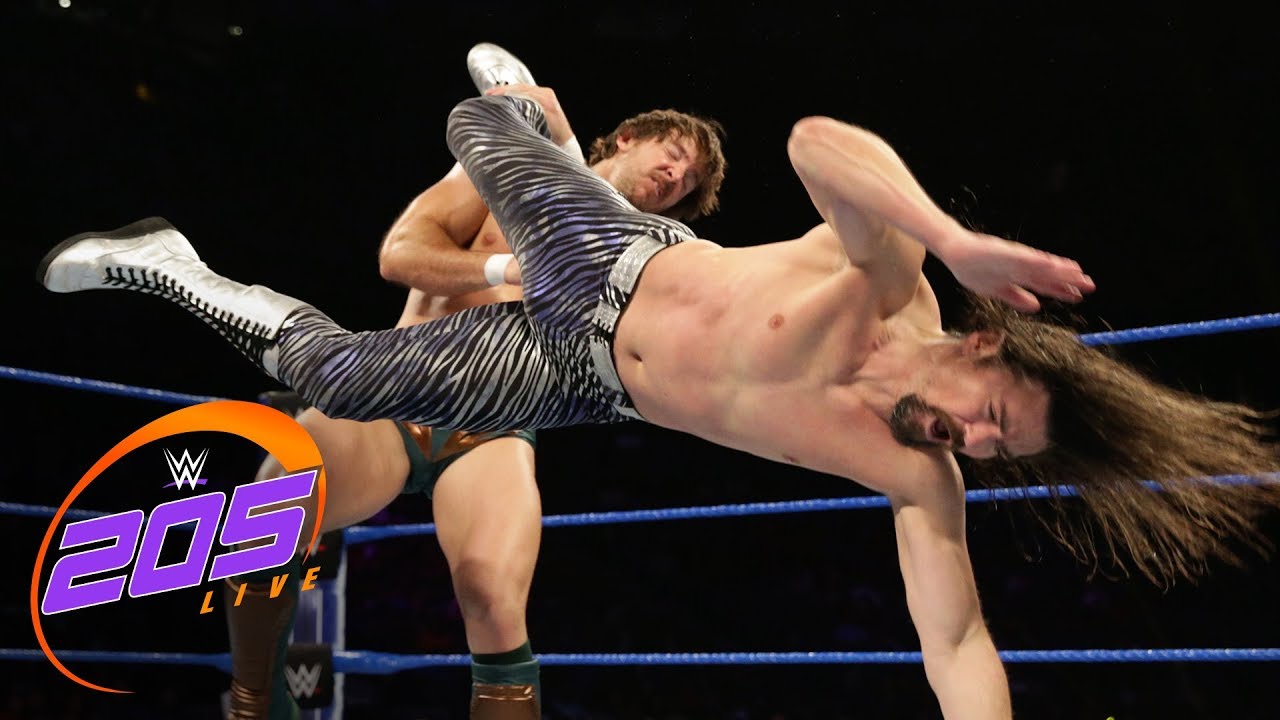 We look back at Chad Gable debuting last week and beating Jack Gallagher via countout.

Gallagher thinks he and Gable have unfinished business when Mike and Maria Kanellis come in. They mock Gallagher for not being able to get back in the ring and want some better treatment IF they stick around 205 Live. People like Gallagher are dead weight and need to get out of the way. Gallagher issues a challenge for next week and it seems to be on.

Fallout from last week when Daivari cost Lorcan the #1 contenders match. Daivari turns his back on Lorcan to start and gets knocked into the corner as Lorcan is ticked off (never tick off a guy named Oney). That’s enough for Daivari as he tries to bail into the crowd but gets thrown back in, meaning it’s time for another attempt to run.

Back in again and Lorcan hammers away but it’s too early for the half and half. A superkick gives Daivari a breather and it’s a super DDT on the arm as Daivari is finally able to get his shirt off. The armbar goes on, followed by a ram into the buckle. Daivari does it again and stomps away, though he does make sure to slip in a SHUT UP to the fans.

It’s back to the armbar for a bit, followed by the Million Dollar Dream to keep Lorcan in trouble. Lorcan gets up and sends him into the corner for the break but a shot to the arm cuts him off. An Iconoclasm plants Lorcan again but the frog splash misses. Lorcan uses the running elbows in the corner and the running Blockbuster gets two. They slug it out with Lorcan getting the better of it until a superkick gives Daivari a breather. The half and half drops Daivari on his head but Daivari bails to the floor. Lorcan hits a flip dive but Daivari hits him with a chair for the DQ at 10:46.

Result: Oney Lorcan b. Ariya Daivari via DQ when Daivari used a chair (10:46) 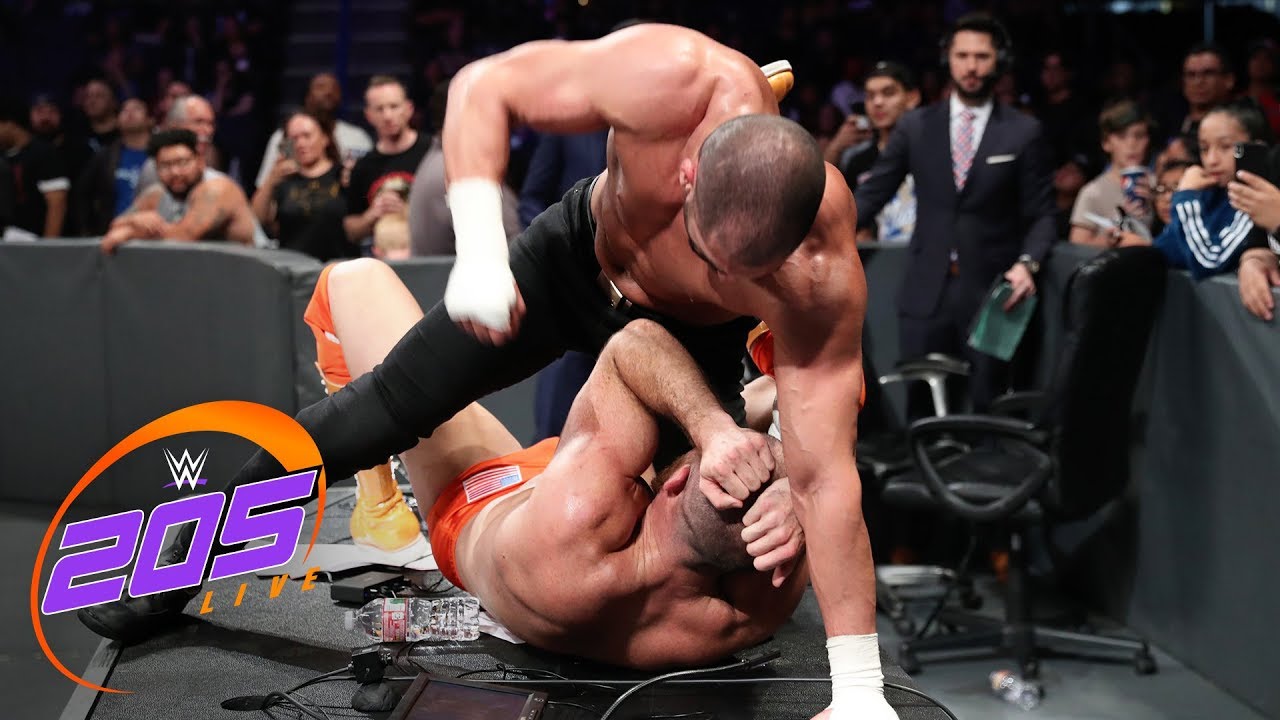 Post match Daivari destroys him on the announcers’ table and sends him into the stage set. The hammerlock lariat connects to leave Lorcan laying.

Tony Nese (oh yeah he has a title match on Sunday) talks about how far he’s come and now he’s ready to defend against both Tozawa and Gulak. He doesn’t care about the odds, as he never has before.

Akira Tozawa says he’s tenacious and knows he has to beat two men. He’ll be a two time Cruiserweight Champion.

Drew Gulak says terror waits patiently instead of sleeping. He spent too long trying to make this place better but the only thing that matters is a better Gulak. You can call him cold and vicious, but after Stomping Grounds, you can call him champion. 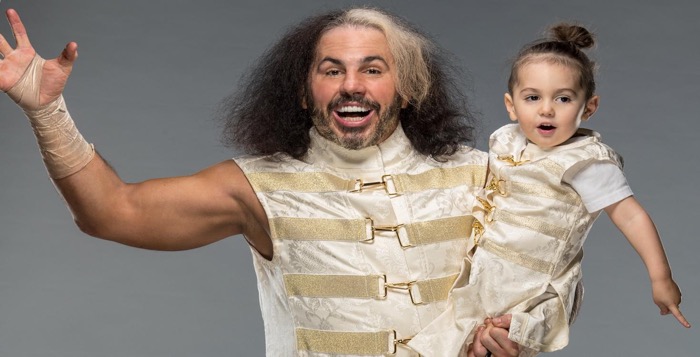