It’s the go home show for Stomping Grounds and that means we’re needing some final pushes towards the show. That means Dolph Ziggler, who faces New Day member Xavier Woods tonight. Other than that, it’s likely going to be some hard sells before Sunday, which could go multiple ways. Let’s get to it.

Here’s New Day to get things going. Dolph Ziggler is getting his title shot against Kofi Kingston in a steel cage, but first he has to get through Xavier Woods. Big E. has an idea about redubbing the second hour of the show the Freaky Hour, which involves a slip n slide, Woods and….here’s Ziggler to interrupt. Ziggler calls this traditional New Day, because Kofi is hiding behind New Day again.

That won’t happen on Sunday when he has to face Ziggler one on one inside the cage. The next time he goes back to Ghana, he’ll have to tell everyone that he failed. Kofi talks about how this has been a long journey and promises to make it continue after Stomping Grounds. That’s Sunday though, because tonight, Woods is going to take care of Ziggler first. Ziggler laughs it off and promises to end the positivity at Stomping Grounds because it should have been him.

Ziggler takes him to the mat for an early near fall to start but a drop toehold puts Ziggler in 619 position. The dropkick to the back makes it worse but Ziggler dropkicks the knee. Woods fights out of a chinlock and goes up top, only to have Kevin Owens and Sami Zayn run down and take out Big E. and Kofi. That’s a double ejection but Woods dives onto Owens and Zayn before they can go. Back in and Ziggler’s jumping DDT gets two as we take a break.

We come back with Woods making a comeback, including knocking Ziggler to the floor for a baseball slide. A gorilla press gutbuster gets two on Ziggler in a rare Woods power display. Ziggler is back up and sends Woods to the apron with a superkick knocking him to the floor. The Zig Zag connects back inside and Ziggler bends Woods’ arm around the rope instead of covering. A superkick against the ropes finishes Woods at 11:33.

We look back at Seth Rollins’ path of chair shots last night on Raw.

Baron Corbin is here to pick his referee and Shelton Benjamin and the B Team are waiting to audition. Matt Hardy leaves the office and tells Shelton that he’s next.

Here are Alexa Bliss and Nikki Cross for a Moment of Bliss. Hang on though as Bliss doesn’t have her coffee. Cue Bayley with the coffee, though she drinks it instead. Bliss starts talking about Bayley being horrible so Bayley wants to hear it from her face to face. After Bliss calls Bayley out for being two faced, Bayley talks about Bliss always being the one who tries to start drama because she’s an entitled little princess. Bliss: “I’m not entitled. I’m just better than you.” Bayley says she has proven herself but Bliss says Bayley peaked in NXT. The fight is on but Nikki offers a distraction so Bliss can deck Bayley.

Apollo Crews comes up to Zelina Vega to ask about Andrade. Vega accused him of flirting with her and here’s Andrade to jump him from behind. Chad Gable continues to watch and take notes.

Heavy Machinery get their title shot against Daniel Bryan/Rowan, on commentary here, on Sunday. We get the ode to the Bushwhackers on the way to the ring, with Bryan ripping on them for being in the Hall of Fame. Bryan: “Koko B. Ware is in the Hall of Fame. Should we aspire to be Koko B. Ware?” The big guys waste no time in throwing the B-Team around, including a splash in the corner to Dallas. That sets up the Caterpillar and the Compactor to finish Dallas at 3:10.

Shane McMahon arrives and is greeted by Sami Zayn and Kevin Owens. They complain about Kofi, so Shane makes the two of them against Seth and Kofi for later tonight.

Aleister Black was told he would never amount to anything and would always fall from grace. This isn’t a woe is me story because it’s a woe is his opponents story. Someone will come knocking at his door and it will be woe for them.

Here are Shane McMahon, Elias and Drew McIntyre (five and we’re halfway through the show) for a chat. Shane doesn’t have Greg Hamilton do the introduction because everyone knows he’s the best in the world. On Sunday, Drew is going to wreck Roman Reigns….and here’s Miz to interrupt as we hit half a dozen.

Miz shows us a clip of Reigns destroying everyone last night and Shane asks if that’s supposed to be funny. No it isn’t, so we see a clip of Shane running from Reigns in slow motion. We get the Superman Punch and spear in slow motion as well, with Miz saying he didn’t know it was possible to sweat faster in slow motion. Shane bans anyone else from playing any more clips. Miz: “Oh calm down kid. You’re the boss’ son.”

Miz promises to take care of Drew after Sunday so Shane calls Miz’s dad out for looking like a baked potato. That sends Miz into a rant about Shane and his friends taking over everything and how sick it has everyone. It’s all Miz’s fault for letting Shane take over at World Cup (Why can no one remember the name of that show?) when he let Shane take his place.

Shane says Miz won because he was better so let’s have a tag match tonight. It’s Miz/a partner of his choosing against Elias/Drew McIntyre, though Miz has ten seconds to find a partner. As the countdown goes on, R-Truth jumps the barricade and Miz makes him the partner. Shane: “I didn’t see that one coming.”

The AOP are in the back (eight) and run into the IIconics for the best buddy comedy that I never need to see. With the AOP gone, the IIconics run into Paige and the Kabuki Warriors. Paige has gotten a match booked for next week in Tokyo and if the Warriors win, they get a title shot at some point.

Elimination Rules just because. Elias shoulders Miz to start but gets taken down by the arm. It’s off to Truth for the dancing legdrop and some hip thrusting, meaning McIntyre comes in. Truth gets pummeled down in the corner and Elias adds some choking. A very snappy suplex gives Drew two but Truth low bridges Elias to the floor. Shane offers a distraction so Elias can hit a running knee in the corner for the pin.

With R-Truth down, here’s the mob to grab the title. The referee says that doesn’t count so Truth grabs the title back and runs through the crowd. Back from a break with Miz kicking Elias out of the air and getting two off the DDT. The YES Kicks make it worse but McIntyre hits the Glasgow Kiss from the floor. The Claymore finishes Miz at 10:10.

Ember Moon is looking for Mandy Rose and Sonya Deville. Carmella runs by looking for Truth. They go in different directions and Ember finds who she’s looking for. Mandy and Sonya are eating donuts and Ember rants about how she’s dealt with people like them her entire life. The donuts are knocked away and the fight is on with referees breaking it up.

Truth and Carmella run but there’s a referee waiting by the car. Truth: “You’re an Uber driver and a referee?” Actually hang on as Carmella is really Drake Maverick in disguise. A rollup with his feet in the car gives Maverick the pin. Maverick steals the car because he’s getting married and he’s the champion. Truth wants to know why he wasn’t invited to Carmella’s wedding.

2/3 falls with less than twelve minutes to go. Seth hits Trouble in Paradise to pin Sami for the first fall in nine seconds and we take a break about 45 seconds in. Back with the bell ringing to start the second fall and Seth hitting the Sling Blade on Owens. The champs start in on Owens’ arm but he gets a DDT on Rollins. We see Paul Heyman watching in the back as the announcers speculate about Lesnar on Sunday.

Sami grabs a chinlock but can’t hit a superplex. Instead Rollins headbutts him down but has to slug it out with Owens while still sitting on the buckle. The Blockbuster takes Owens down again and that’s enough for the tag off to Kofi. The pace quickens and the Boom Drop hits Sami.

There’s the spinning high crossbody for two more but Sami’s Blue Thunder Bomb gives him two of his own. Rollins comes back in to run Owens over but Sami breaks up the Stomp. Owens gets two off a rollup, followed by a superkick. The Pop Up Powerbomb is countered and the low superkick sets up an enziguri. Now the Stomp can finish Owens at 11:19. 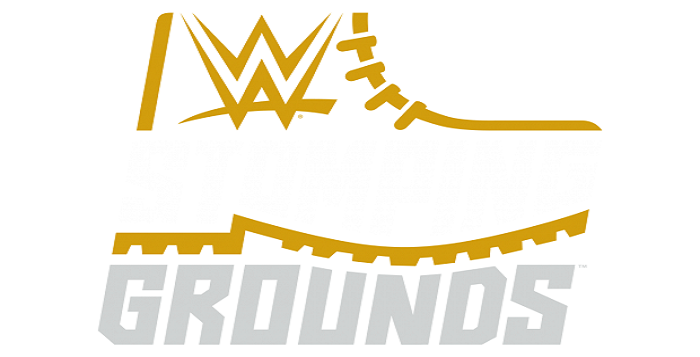