Bray Wyatt’s WWE release came as a shock to many pro wrestling fans. While those same fans are obviously very aware of the company’s penchant for talent releases, this one was different. The reason for that is due to the man behind the character.

Windham Rotunda brought the Bray Wyatt persona to life in 2012 and when he did, he completely changed the game. His dedication to the character, combined with his unmatched creativity, ensures that he will find his way moving forward.

But what is Rotunda moving toward? That’s currently the question that many are asking and with good reason. The most logical answer seems to be AEW. After all, Tony Khan’s company appears to be a great place for Rotunda, both from a financial and creative standpoint as well. 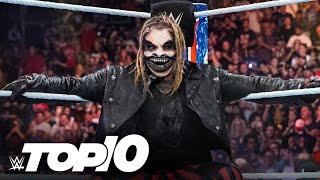 Former WWE stars who have ventured to All Elite Wrestling have made no secret about the freedom they now enjoy in their work. Jon Moxley in particular has become a new man since arriving in AEW and has evolved into a top guy who speaks for himself. WWE controls the former Dean Ambrose’s destiny. Jon Moxley apparently controls his own destiny in AEW.

Judging by that example alone, it does seem that Rotunda’s next landing spot will inevitably be All Elite Wrestling. Like Moxley, Rotunda would surely have the freedom that he would love and also, the support that he would need. It’s not often that one talent embodies an entire company. It typically takes a cast of characters working together to get individual stars over.

This would obviously be the case for the man formerly known as Bray Wyatt. As a devious heel, he needs strong babyfaces to battle on the mic and in the ring. As a character babyface, he needs powerful heels to counter every week. Either way, the grandson of Blackjack Mulligan  would not be on an island alone. 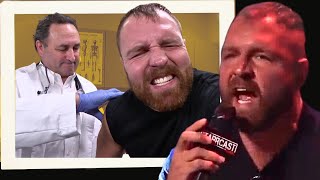 But there is always the possibility that AEW will not be Rotunda’s next stop. It could be that Impact Wrestling is on the short list for him, as he would likely also have creative freedom there as well. Like AEW, Impact seems much more open to input from the talent, which is something that Rotunda would undoubtedly appreciate.

The thought of joining Impact could be very enticing for Rotunda, if only because of the roster’s size. In AEW, Rotunda would be surrounded by Hall of Fame legends and A-Listers who are known around the world. He would be a big fish in a big pond. But that wouldn’t exactly be the case in Impact Wrestling.

Then of course, there’s New Japan Pro Wrestling. While many fans may not envision him heading to Japan, the fact is that it would definitely be a new challenge for him. Japanese audiences typically react extremely well to American stars with big personalities and Rotunda does indeed fit that description.

Perhaps Rotunda joins NJPW, reinvents the Bray Wyatt character and becomes a mainstay. He could travel between Japan and the United States, helping NJPW with its ongoing expansion into America. He would be an ideal fit for New Japan, which often features more theatrical characters, not just the mat based wrestlers that crowds enjoy. 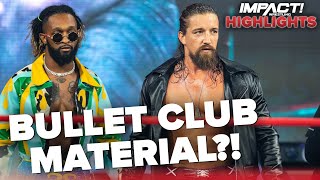 But while fans speculate on which company Rotunda could join, including perhaps Ring of Honor or the NWA, there’s always another possibility. It’s one that many don’t want to think about because it means that they won’t see their favorite step inside the ring again. But there is a chance that Windham Rotunda might be done with wrestling altogether and that has to be considered.

Could it be that the man once called The Eater of Worlds, no longer wants anything to do with the world of professional wrestling? Rotunda was born into the business and he’s proven that he belongs. He’s earned his way in the ring, on the mic and with his peers. Those peers, as well as his fans, respect his work and believe he has much more to offer. It just doesn’t seem likely that he would give up now and leave everything behind.

But Windham Rotunda has given 12 years of his life to the business and now he’s giving his life to his family. He has obligations much bigger than those he leaves behind. His focus is surely much broader than it once was. He is now no longer at the mercy of any promoter. His time at home is no longer being interrupted by time on the road. If freedom is what he truly wants, he now has it. 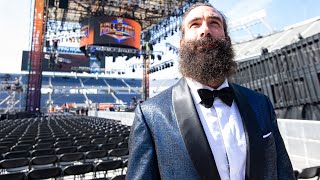 The truth is that Rotunda is still mourning the loss of his best friend Brodie Lee.. Fans loved Brodie and when he was Luke Harper working next to Bray Wyatt, they loved him then as well. Brodie and Bray were cut from the same cloth and they were the closest of friends. Perhaps joining AEW, where Brodie last called home, would be too much for Rotunda at this point.

The fact is that Bray Wyatt’s fans want to see Windham Rotunda back on his feet again, whether it’s in AEW, New Japan, or wherever he may choose to go. They love his work, they respect his creativity and they want to see his efforts rewarded. But perhaps his personal reward doesn’t exist in a pro wrestling ring at all. Despite what happens, the world is open to Windham Rotunda. It’s all in his hands. 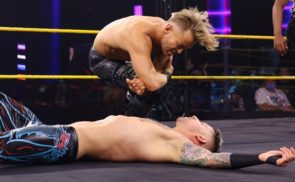 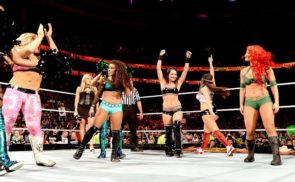