We seem to be getting back into the standard operating procedure with this show and that is kind of an annoying situation. It means that we are going to be seeing a lot of the same stuff over and over again with some different faces. The show is far from awful, but it’s forgettable, which might be worse. Let’s get to it.

The watermelon jacket is back this week. Waller actually shakes hands but then begs off as the fans chant for the jacket. Some knees to the ribs and a shoulder put Jiro down but he’s right back with a running hurricanrana. Waller is knocked outside so Jiro joins him only to be dropped…face first on the floor, though I think Waller was aiming for the apron. Back in and Waller clotheslines him down hard as the aggression continues. Jiro comes right back with a spinwheel kick and some shots to the face.

The Tarantula has Waller in more trouble and a double springboard moonsault gets two. Waller gets in a kick to the face of his own, only to miss an elbow. Jiro charges into a fireman’s carry spinebuster for a rather close two but the running Stomp misses. Instead Jiro rolls him up twice in a row for two each, setting up the Ikemen Slash for the pin at 7:29.

The fans seem happy to have Maverick back, even as Hale takes him down by the leg to start. Maverick’s wristlock is taken down in a hurry and Hale doesn’t seem worried here. Back up and Hale talks too much trash so Maverick punches him in the face.

A hard whip into the corner cuts that off and Maverick is favoring his shoulder. Like a good heel/wrestler in general, Hale goes right after the arm and rams it into the apron. The cross arm choke keeps Maverick in trouble but he fights up and this time it’s Hale’s shoulder going into the post. A running dropkick into the bulldog sets up a high crossbody to drop Hale again. Sliced Bread gives Maverick the pin at 7:44. 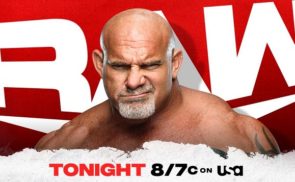 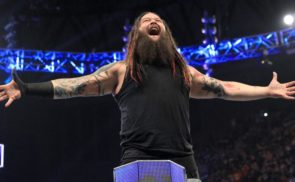