I think I’d call that interfering. For the first time in a very good while, there is another wrestling promotion on the national stage which is doing rather well. It is the first time that WWE has had anything close to their level for a very long time now and that makes for some interesting changes. It also makes WWE do more than a few different things, including some possible sabotage.

Earlier this week, Nick Gage vs. Chris Jericho headlined AEW Dynamite. During the match, Gage used a pizza cutter on Jericho’s forehead. At the same time, a Domino’s Pizza ad aired in the picture in picture. This has caused some issues from Domino’s, as they were not pleased with what was airing during their commercials. It seems that things might be a little more complicated than that.

WWE has worked with pizza before. Check out some of its moments: 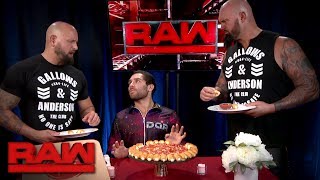 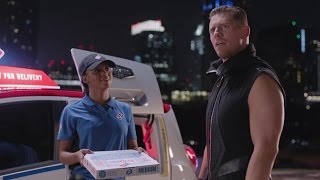 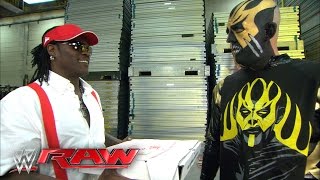 Opinion: I’m not sure if this is true or not, but would you put it past WWE? The spot with the pizza cutter was dumb, but making your competition out to be unworthy of its sponsorships feels a little too far. It isn’t the worst story in the world, but at the same time, if WWE doesn’t see AEW as competition, why would they need to do this at all? Maybe it isn’t true, but it doesn’t make WWE look great if it does.

What did you think of the pizza cutter? Do you think WWE pushed the story? Let us know in the comments below.