Good Ol’ JR, Jim Ross, as updated his blog over at JRsBarBQ.com. The latest blog discusses whether or not JR believes Ryback has turned heel, the current Fandango craze and where it could take his career, the rowdy WWE fans from Raw and the 2013 Hall of Fame, and more. Here are some highlights…

His and Other People’s Thoughts on Fandango: “@steveaustinBSR predicts that @WWEFandango will be IC Champion within a few months. It might not take that long but I could also see Fandango winning the US Title as well at some point. Stars become stars over the long haul and even though Fandango has had an amazing few weeks and change as it relates to recognition, etc, it’s how he does long term that writes his story. If Fandango can continue to grow, a key role at WM30 could be in his future and that’s generally considered the yard stick.”

Rowdy Crowds: “Speaking of reactions, the live events, RAWS, Smackdown, and the PPVs are the places fans should express themselves and not, as I wrote about recently, at an event like the WWE Hall of Fame. The boorish behavior of a loud, perhaps inebriated, minority of male fans is inexcusable and, believe me, I’ve heard all the excuses since writing about some of the attendees who acted like morons at the 2013 #WWEHOF Induction Ceremony. I see this behavior as a total lack of respect for all involved in the process not just those being jeered. Finally, the “we pay our money, so we can act any way that we choose” excuse is laughable….and embarrassing.”

Ryback Attacking Cena on 4/8: “Just because @Ryback22 is hungry for the WWE Title and the money that comes along with it why does that motive make the powerhouse a villain? Since when did ambition make one an antagonist. Antagonist display a variety of common traits, non of which I have seen yet, I stress yet, from Ryback. I do like the apparent pairing of Ryback vs. John Cena and where this matter may be heading. To me, it certainly feels fresh even though some will take exception to the fact that Cena is in the equation. It doesn’t both me and I see this rivalry selling tickets and producing a reaction in the arenas.”

Ross also talks about the upcoming Mid-South Wrestling DVD release, Kobe Bryant and the Lakers, the Masters, and more. You can read JR’s full blog here. 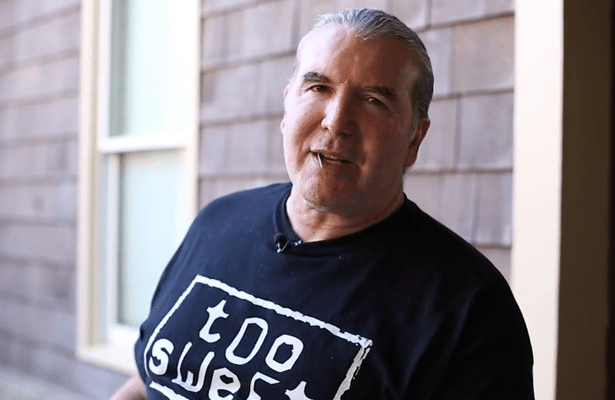