On Tuesday’s historic WWE Draft on “Smackdown Live,” Brock Lesnar was drafted to “Raw” with their 8th pick overall. However, unlike other superstars that have managers/valets, his advocate, Paul Heyman, was not mentioned in the draft choice.

According to the latest edition of the Wrestling Observer Newsletter, the reason for this is because Heyman’s contract with WWE has expired, and both sides have yet to reach an agreement. While he is expected to re-sign with the company, nothing is set in stone yet, and that is the reason for Heyman’s name not being mentioned with “The Beast.”

Heyman has been making headlines recently outside of WWE. Leading up to Lesnar’s fight with Mark Hunt at UFC 200, Heyman spoke with several media outlets, including ESPN, and gave his insights into the fight, and Lesnar’s future with WWE. He’s also reportedly extended an EVOLVE contract offer Will Osprey, who has made headlines recently because of his incredible match with Ricochet in New Japan Pro Wrestling earlier this summer.

When I first read this story, I didn’t think anything of it. There’s no reason for Heyman not to re-sign with WWE, and I would bet that everyone assumes that he’ll be joining Lesnar on “Raw” when he does make his return to the company. 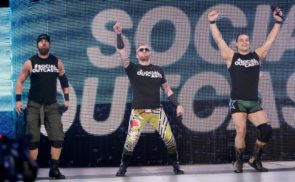 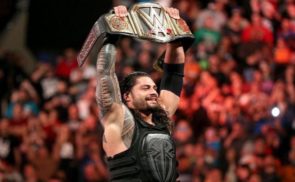