Many people are looking at last night’s WWE Draft with disappointing eyes. The expectations of the WWE Universe may have been too high, but there was one disappointment that is standing out.

A lot of people were shocked by the fact that Bayley wasn’t drafted during last night’s SmackDown, so this morning they’re becoming very vocal about why Bayley is still waiting to come to the main roster.

It’s no secret that Bayley has lost some momentum over the last couple of months in NXT. Most because people believed she would be on the main roster before “Summerslam.”

According to a rumor from CageSideSeats.com, the belief is that Bayley will still be revealed as Sasha Banks’ partner for her tag team match at “Battleground” against Dana Brooke and Charlotte.

However, The Boss recently denied that possibility, but what else is she going to do? Sasha Banks isn’t going to reveal Bayley’s debut on the main roster and spoil it less than a week before the PPV.

There is a lot of speculation on Bayley right now because a lot of people are concerned that Bayley may have to wait for the rest of the year to be brought to the main roster if she isn’t debuting at “Battleground.”

Do you think Bayley should be on the main roster? 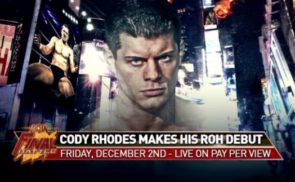