During last night’s WWE Draft, Cesaro was taken quite a bit later than most people were expecting. Many were thinking that The Swiss Superman would have much more opportunity after the brand extension.

However, that is questionable since he is on a stacked Raw when he could have been a big move for SmackDown because that was meant to be the show that gave undervalued superstars a shot.

After the WWE Draft, Cesaro voiced some frustration with his draft pick and his position in WWE on the WWE Network in an interview that WWE has yet to publish anywhere.

You can watch it on the post-show WWE Draft on the WWE Network. Below is a transcript of what he said.

How does Cesaro feel about being drafted to Raw?

“First of all, I’m not too happy to be drafted 17th in the 6th round. I had a feeling I should be drafted a little bit higher, I was hoping to be at least top ten. Just looking at the rosters and what the GMs talked about yesterday how SmackDown is going to be the wrestling show and all about in-ring product and all about the Superstars and not necessarily about the GMs and that whole drama, I feel like I probably would have been a better fit for SmackDown.

Does he have any frustrations about the WWE Draft?

“Honestly, that’s part of the problem, that you just asked me that question because I don’t really care,” Cesaro said. “I think Raw going forward needs to be about the Superstars, it needs to be about the performers in the ring and not about how Stephanie McMahon and Mick Foley co-exist. They need to be there to mediate and make the best show, but that does not need to be the focus. So, the focus should be on the Superstar who got drafted. We have Seth Rollins, we have New Day, we have Finn Bálor coming up from NXT – those are the people we should be here talking about. But we’re talking about Stephanie McMahon and Mick Foley which is annoying to me.

A lot of people talk, it’s always a lot of talking and you haven’t heard me talk that much. This is actually great. I can be even able to talk and people can see I can actually speak, you know? My brain can form thoughts that come out through my mouth. The problem is sometimes I stumble the words because I speak five different languages, we know all that, so the thing is I like to speak the language that everybody speaks all around the world, that the WWE Universe loves… that’s the language of wrestling that I do in the ring. That’s what I do best. That’s why I always deliver. Cesaro on Raw.”

Do you think Cesaro deserves a major push after the WWE Draft? 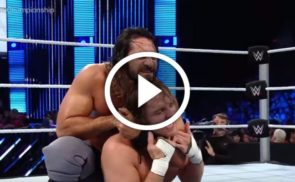 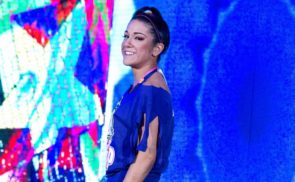