Opinion: Bayley is Bigger Than the WWE Draft

At last night’s historic WWE Draft on “Smackdown Live,” six members of the NXT roster (seven if you include both members of American Alpha) were brought up to the main roster, and will now be living out their dreams as WWE Superstars on either “Raw” or “Smackdown.” Finn Bálor, American Alpha, Nia Jax, Alexa Bliss, Mojo Rawley, and Carmella have all earned this right because of their hard work and buzz that they’ve created for themselves during their time in NXT.

However, one notable name was missing from that list. A performer that was a “guaranteed” lock to be drafted to the main roster, and has one of the most anticipated debuts in the history of the company coming at some point.

I’m, of course, referring to Bayley.

It’s no secret that rumors of Bayley coming to the main roster have existed for over a year. She has an almost cult-like following of fans of all ages and genders, with merchandise sales being through the roof. And with good reason. She’s great in the ring, great on the mic, and has one of the most magnetic personalities that I’ve seen in a long time.

The fact that the WWE Draft was considered by many to be the perfect time to bring Bayley up, leaves many fans wondering if she will ever get the call up to the main roster.

Over the past day, I’ve had the opportunity to talk with a lot of fans over social media, as well as give some thoughts on the various wrestling talk shows that I appear on regarding this topic. And as I was doing that, I’ve came to a conclusion that makes the most sense to me as to why Bayley was not called up to the main roster.

That reason is because Bayley is bigger than the WWE Draft.

It would only make sense that for the foreseeable future, no one else from NXT will be called up to the main roster. If they were going to do so, then it would have happened last night at the draft.

It’s been heavily rumored that Bayley is going to be the mystery partner for Sasha Banks this weekend at “Battleground,” in a tag-team match against Charlotte and Dana Brooke. This is, in spite of the fact, that “The Boss” denied this claim on social media, saying that Bayley isn’t ready for the main roster.

If you think about it, we will have to wait to see every superstar that was called up last night on either “Raw” or “Smackdown,” and we know that their eventual debut on either show is coming. With Bayley, we don’t know when she’s coming up or what show she will be on.

I truly believe that she will be Banks’ mystery partner on Sunday, and not only will she get her own special entrance, but she’ll also have the opportunity to immediately show off her skills as a wrestler.

I was just as shocked as most of you that are reading this, that Bayley was not called up last night. But if you take a step back and think about it, there is always a reason for everything that WWE does.

The fact that she is going to get her own special moment for her debut, proves that she is bigger than what was possibly the biggest event of the past decade in WWE.

And that will make Bayley’s debut perhaps the most special of them all. 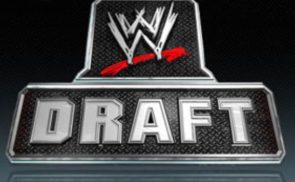