WWE Hall of Famer Edge was recently interviewed by USA Today, as a part of their “For the Win” sports section. He discussed a number of topics, including how the empty arena could help his match with Randy Orton at WrestleMania 36, returning from retirement, his training regiment leading up to the event and more.

Below are some questions, along with the Rated-R Superstar’s answers:

FTW: Obviously a major part of wrestling is playing to the crowd and responding to the emotion of the audience. How do you expect the flow of your match with Randy to be different with no one in attendance?

Edge: You know, out of all the matches, I truly think it affects us the least. I think the story that Randy and I have told is so personal and so – I’ve been using ‘grit’ throughout this whole thing – but gritty and dark and kind of twisted, that I almost feel that it doesn’t affect us. And may actually help us, strangely? Because a Last Man Standing match in a football stadium, you know, I would want to take the thing everywhere. But you have the possibility of losing your audience when you take it backstage, away from the audience, now they’ve got to look up at the screen. Now they’re craning their necks.

Now we have the full freedom, it’s a blank canvas. Now we can do anything. And really, what I want to do is to continue to tell this story between two guys who know each other so well, that have so much history. And a lot of what you’re seeing and hearing is true, and I think that’s why it’s connecting with people so much, at least in the feedback that I’ve gotten. Between the promos, between our work together, there’s a lot of reality there. We go way back, and a lot of the things we’ve talked about, they’ve happened. And I think when there’s that much kind of raw truth, that’s what you can really sink your teeth into. So I don’t think the lack of audience will hinder us as much as it will other matches.

FTW: You moved into acting when you were forced to retire in 2011. Did that experience help you feel a bit more natural in what has been a very unnatural situation?

Edge: Without a doubt. It wasn’t until I came back, really the night after the Rumble, that’s when I felt the difference in all the reps I’ve done on sets over these last nine years. Because in that time I ended up filming 99 episodes of television, doing movies. You don’t fully grasp the comfort that that gives you until you bring it into a different arena to see how it plays out there. It really, really helped. Just more natural, more conversational. Less of that… yell-y wrestling promo thing.

… I think you can tell the people who have some acting chops and the ones who don’t. I’ve always, when asked advice on what to do, I tell anyone in the industry ‘go take acting lessons.’ Should be the first thing you do once you train.

FTW: This is always the most hectic time of the year for WWE stars, and everyone on the roster is trying to look their absolute best for the biggest stage of the year. With all the restrictions and recommendations surrounding the coronavirus crisis, have you had to make any changes to your training routine?

Edge: For me, no, because I use a company called Nutrition Solutions that has continued and they have their protocols. I’ve still been continuing to get my meals – a matter of fact, the CEO of the company has been really hands-on with me to dial me in. I almost feel more prepared than I ever have for a match ever, even within all of this. This is the most strict that I’ve ever dieted…. When everything happened, it kind of cut our [training] plan in half of what we had planned. We were planning for six weeks out, well now we’ve got three. OK, so we adjust accordingly. I’ve kind of built a compound where we have a gym, I have my own gym and was just able to keep training and keep doing my thing.

They also discuss moving to the Performance Center for Wrestlemania, his favorite people to wrestle against, where his match should be on the card and more.

What do you think of Edge’s comments? 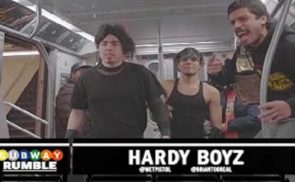 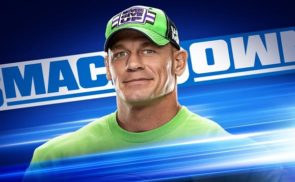