The kind of thing we need. Comedy is a hard thing to do in the world of wrestling. If you go too hard with it, you can alienate your audience. If you are too subtle with it, the fans won’t understand what you are doing and they miss the joke. At the same time, you have to find something that is actually funny so even if the presentation is right, the joke has to work too. Or other times, you find a good catchphrase and go from there.

Earlier this year, John Morrison returned to WWE and immediately reformed his tag team with the Miz. The two have a long history together and were a great tag team back in their day. They have had some more success of their own this time around as well and are currently the reigning SmackDown Tag Team Champions. Their charisma is well known, and that was on display again this week.

This speaks for itself. Check out the team’s latest musical efforts:

The Miz and Morrison have released a music video in honor of WrestleMania. The song, called Hey Hey, is a rap about their WrestleMania opponents, the New Day and the Usos, and is named after their signature chant that the two of them often shout before and during matches. Miz and Morrison are scheduled to defend their titles against the other two teams in a ladder match at WrestleMania 36.

Opinion: I chuckled a few times at this and that’s a great sign for what these two are doing. They’re the kind of villains who you can laugh at and then get annoyed when they keep the titles away from the likely better teams. This was funny enough and that’s something the two of them can often deliver. I’m glad they’re back together and I could see them holding the titles for a good while.

Did you like the song? Who will leave WrestleMania with the titles? Let us know in the comments below. 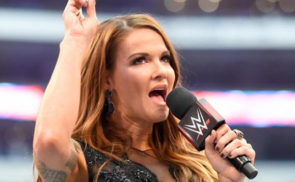 How Many WWE Superstars Have Tested Positive For Coronavirus?