James Ellsworth’s run is a short term thing, but he’s going to make the most of it and so is WWE. He continues to be caught in the middle of the feud between AJ Styles and Dean Ambrose for the WWE World Championship, which is coming to a head at “TLC.”

Last night on SmackDown, his influence continues to swing the momentum of the feud to both men depending on the night. He’s got the love of the WWE fans, which is something that could create a rare chance for Ellsworth to do something memorable.

It’s just an idea, but what if Ellsworth intentionally cost Ambrose the WWE World title at “TLC” and turned heel? Admittedly, it’s a little ridiculous. The way I’m looking at this entire Ellsworth thing, ridiculous is the name of the game.

The last time that WWE had a random character that was this unpredictable was AJ Lee and she made a career out of it. It’s a strange comparison, but Ellsworth is playing the wild card role in a unique way. Turning heel is a new twist that makes it fresh.

Do you think James Ellsworth turning heel is a good idea? 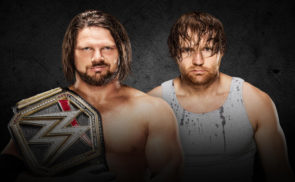 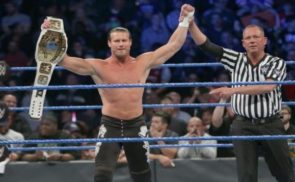