Fans may be divided on whether they’re happy with Charlotte once again becoming the Raw women’s champion, but her fellow NXT alumni, Alexa Bliss, has nothing but good things to say.

In an interview with the Whig, Bliss discussed making it to WWE, and who helped her out the most backstage.

“I just remember one person who always helped me out was Charlotte,” she said. “My first day, she took me under her wing, showed me the ways. She would always get in the ring with me for extra time and practice with me and she became one of the biggest names now in WWE, when I think of superstars, and is main eventing and is having these iconic, historic moments. She was one person who definitely helped me.”

Bliss also mentioned her ring attire, as alongside her in-acumen there’s no doubt that her attractive-yet-nerdy gear is a big part of her popularity. “I was thinking I really wanted to do Harley Quinn,” Bliss said. “It was something I had been planning when I was in NXT and I never got to do it.” Her former NXT partner, Buddy Murphy, helped with putting the entrance and the outfit together.

She also recently channeled horror movie icon Freddy Krueger for a recent Halloween-themed photoshoot, and we should expect more like it in the future. “I definitely have more themes coming, more along the lines of villains and scary movie icons, but we’ll see how those all come out.”

In her childhood, Alexa was already an athlete, competing in gymnastics and softball, getting into cheerleading, and even learning kickboxing. Eventually, she got into the world of competitive bodybuilding. A childhood love of pro wrestling led her to a tryout for WWE. Despite protests from her parents, the rest was history. 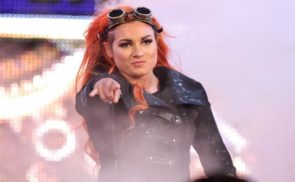 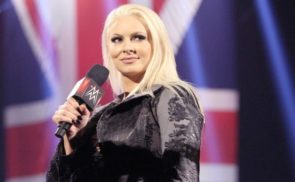 WWE Planning For Maryse to Break Away From The Miz?