He might be next in line. There are a lot of changes taking place in WWE at the moment and they very well could rock the company for a long time to come. That is the kind of thing that you do not get to see happen very often and it is a rare situation where a lot of movement could take place as a result. It seems possible that one person in particular could benefit behind the scenes.

According to a Pro Wrestling Torch VIP Audio show, Paul Heyman may be set to move up in WWE’s creative due to Stephanie McMahon becoming the co-CEO of the company. Heyman and Triple H are said to be close and Heyman’s relationship with McMahon has improved over the years. Heyman was in charge of Monday Night Raw for several months starting in 2020 before being replaced by Bruce Prichard.

Opinion: Now this is intriguing as the power vacuum left by Vince McMahon’s absence begins to be filled. Vince ran the company for such a long time that there were very few people with significant authority. Things seem to be changing going forward and that could make for some very interesting moves. I’m not sure how well they will go, but this certainly has potential.

What do you think of Heyman possibly gaining influence? Who else would you like to see get such a chance? Let us know in the comments below. 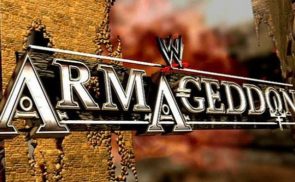 REVIEW: Armageddon 2007: They Need Something New